Based on lowered center of gravity and ultralight honeycomb super HP body (PAT.), "RUDRA" realized improvement of basic performance beyond standard by giving an ultimate arrangement for all the aspects in connection with fish catch.
As a result, "RUDRA" has made “gathering power” and” biting power” compatible at the highest dimension. So "RUDRA" can be said as pioneer that re-unearthed the potential of buried big minnow.
Various targets like bass, seabass, and trout are caught in all the world because "RUDRA" has improved its basic performance beyond standard and so "RUDRA" demonstrates its ability regardless of fish.
The high big- fish- catch- rate in the high pressure field is the feature especially.
Sinking "RUDRA" was developed for salt water fishing and for the bass in deep water when temperature is low.
Real purpose was to switch "RUDRA" SP to sinking model without losing its original ability.
Among all weight patterns, increasing weight of fixed double low center of gravity weight and strengthening hook and ring are adopted inheriting movement of triple tungsten center o gravity.
As a result, established castabilty has been improved. Flight attitude is stabilized and the distance is also improved.
Moreover, high pitch and quite natural rolling action keeps tempting fish to bite at all speed from slow to fast.
Furthermore, light twitching by the light rod work which is very unique for large-sized 13-cm minnow is also effective, and it carries out high appeal conjointly with glaring flashing by a full flat body.
Exceptional depth of swimming level is one of the strong point of short bill minnow "RUDRA". It is conspicuous and strengthens a characteristic "RUDRA" has succeeded ability that can make fish bite in all situation which is the original feature, and the best total performance was equipped.

Honeycomb super HP body (PAT.)
The weight saving beyond the limit of ABS succeeds in dropping superfluous flesh 4% by reinforcing the body side with honeycomb rib (our ratio).
It brought forth light and realistic action, and realized the overwhelming response also in sinking minnow

Triple center-of-gravity movement
By putting 2 low center of gravity fixed weight on belly and small 3 ball moving weight, "RUDRA" generates high pitch and wide rolling.
At a time of casting, the balls were carried to the slim caudal portion and the stability of the flight attitude and the rise of driving distance were realized.

Hook
The #4 hook of the tin plating finish in consideration of use by salt water fishing is equipped.

Full flat body
"RUDRA" generates strong flashing and wave which is impossible by round or ellipse body. And it has strong power to gather fish from wide area, and induces reaction bite.
O.S.P MOVIE 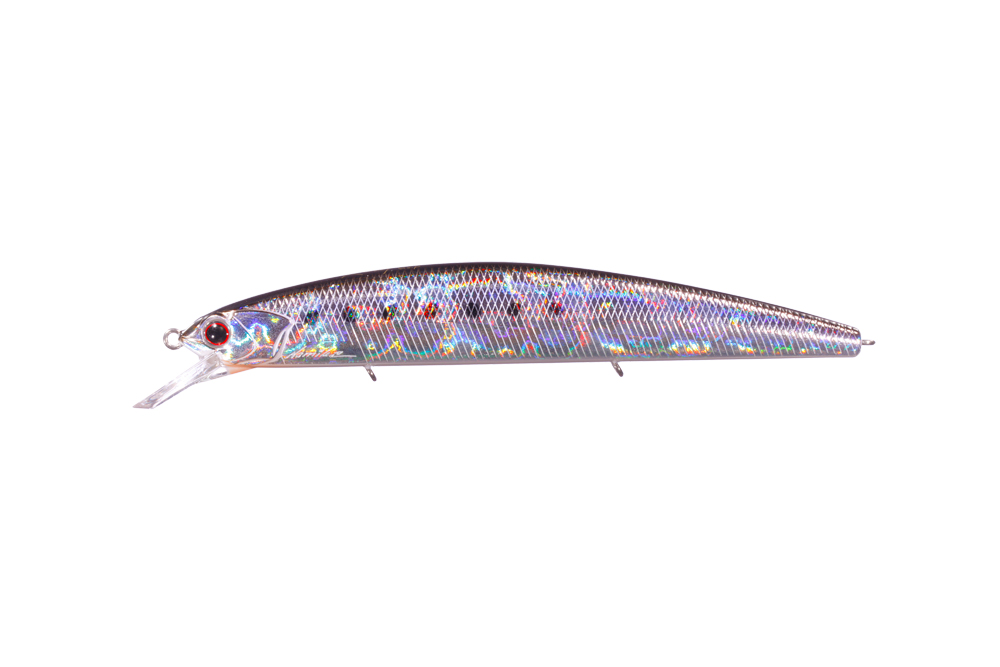 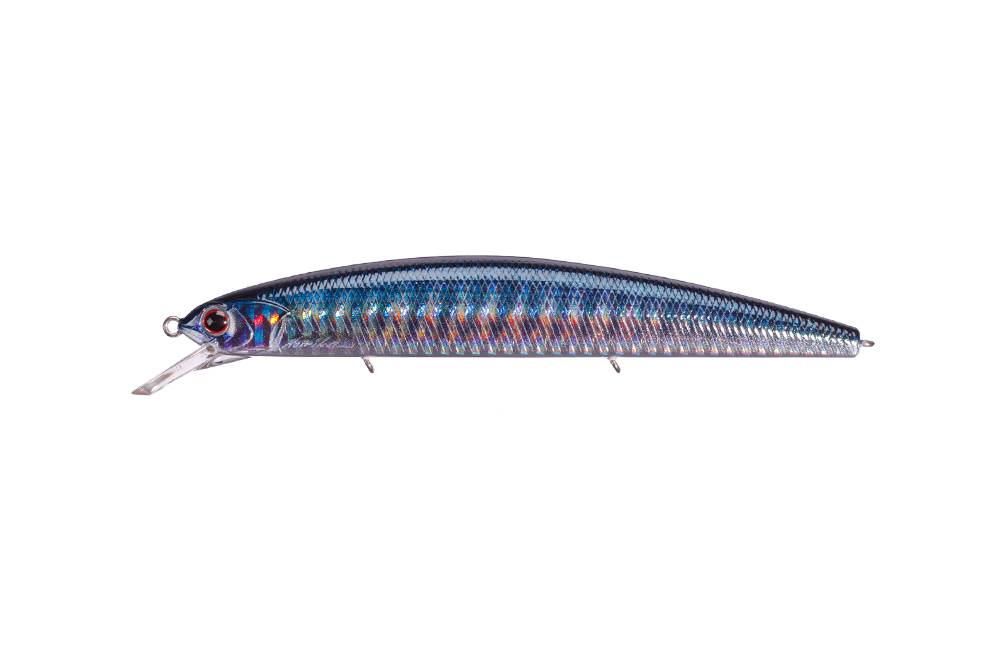 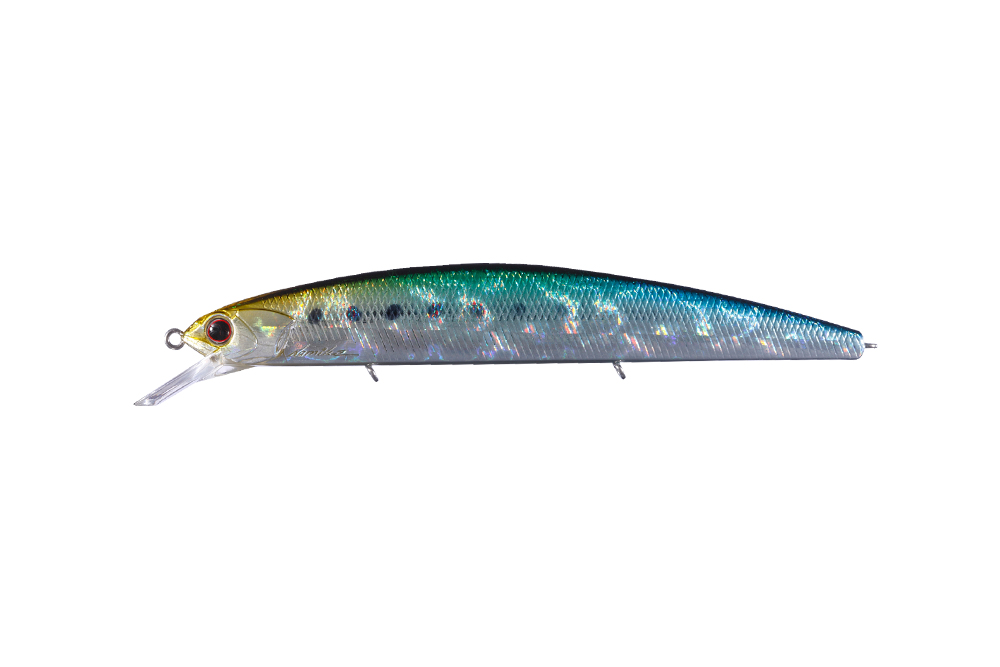 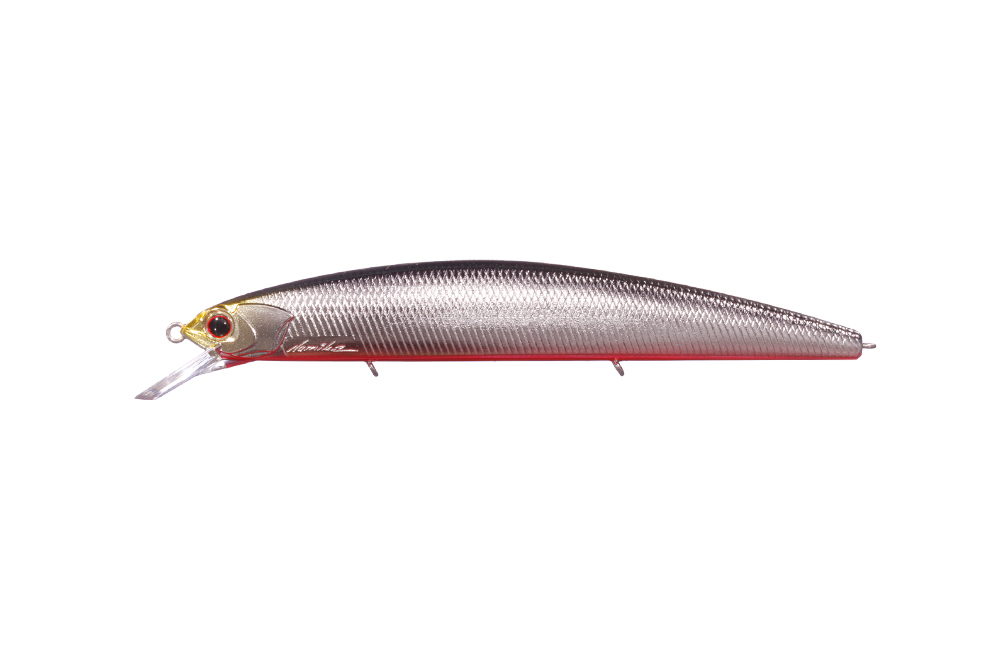 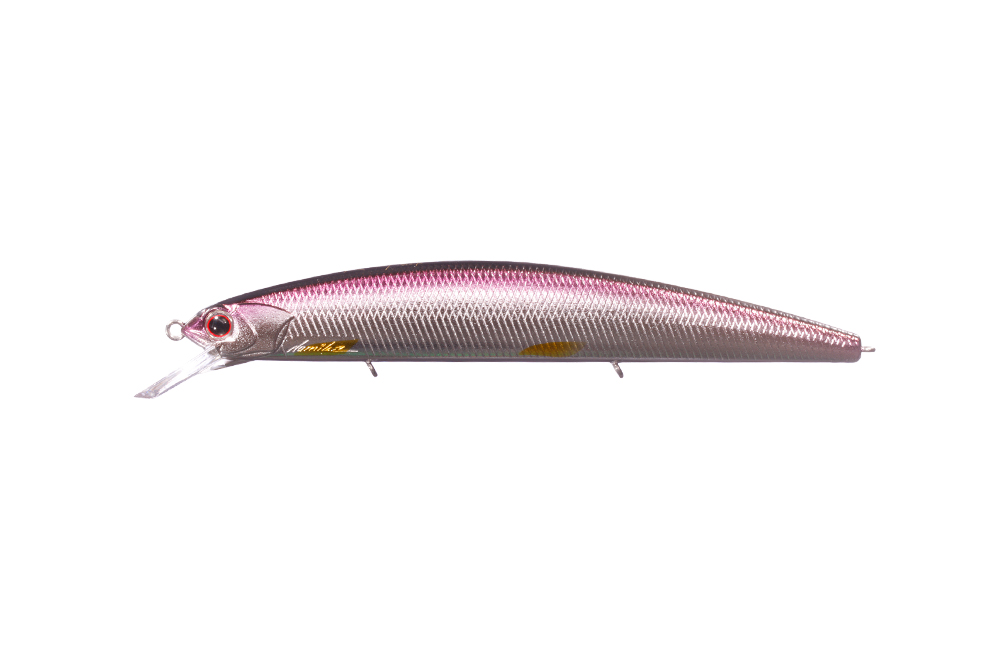 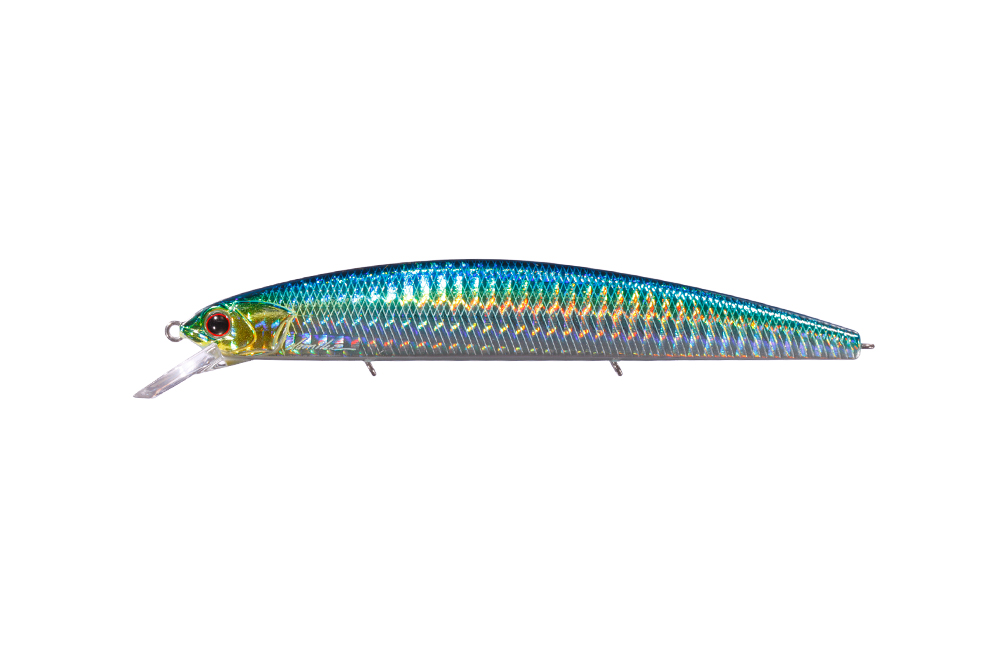 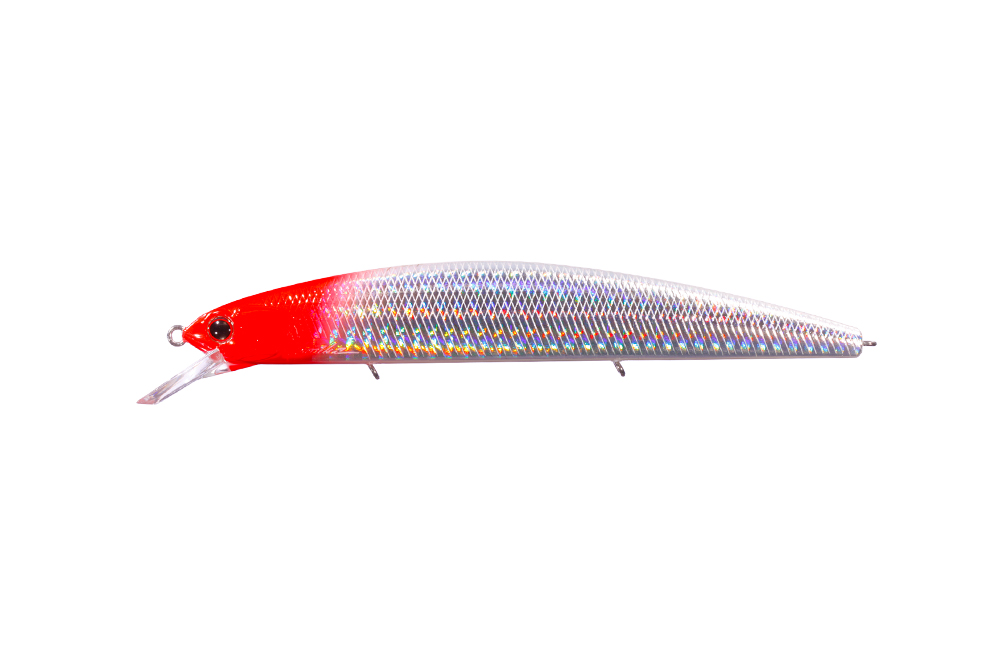 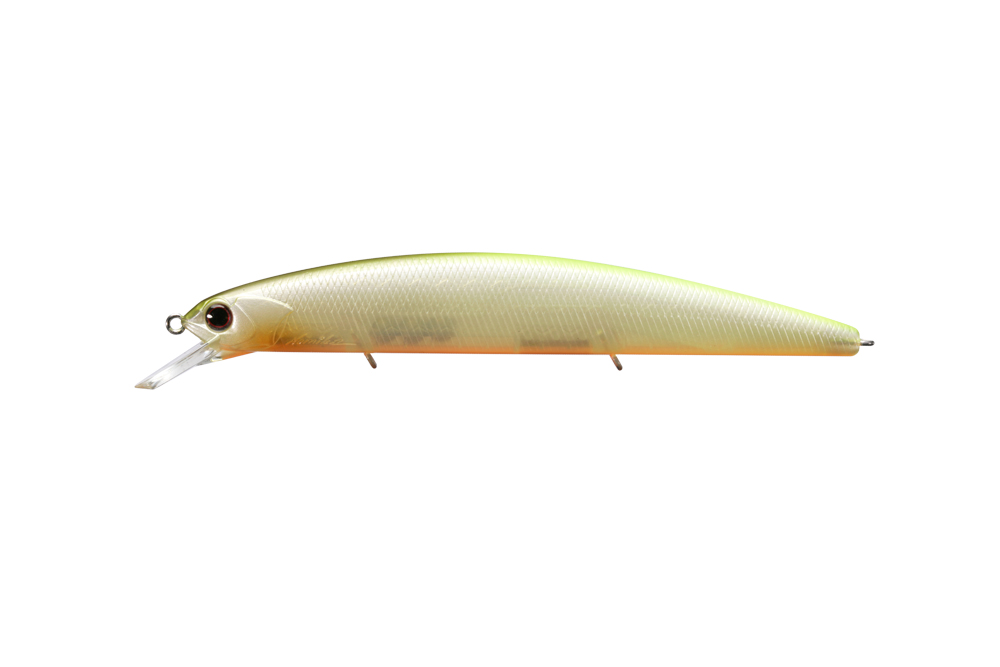 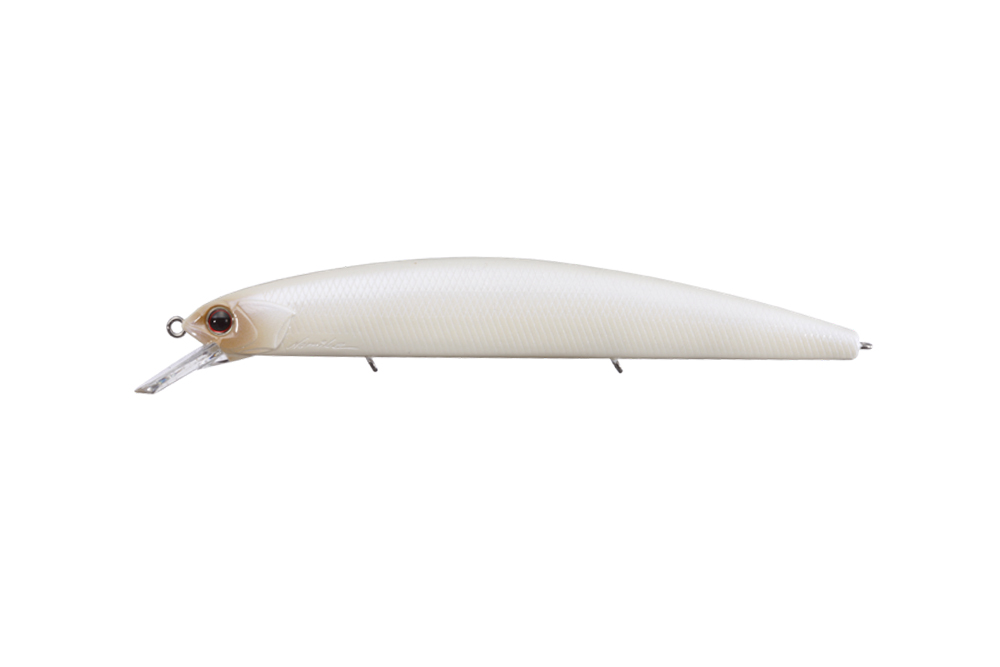 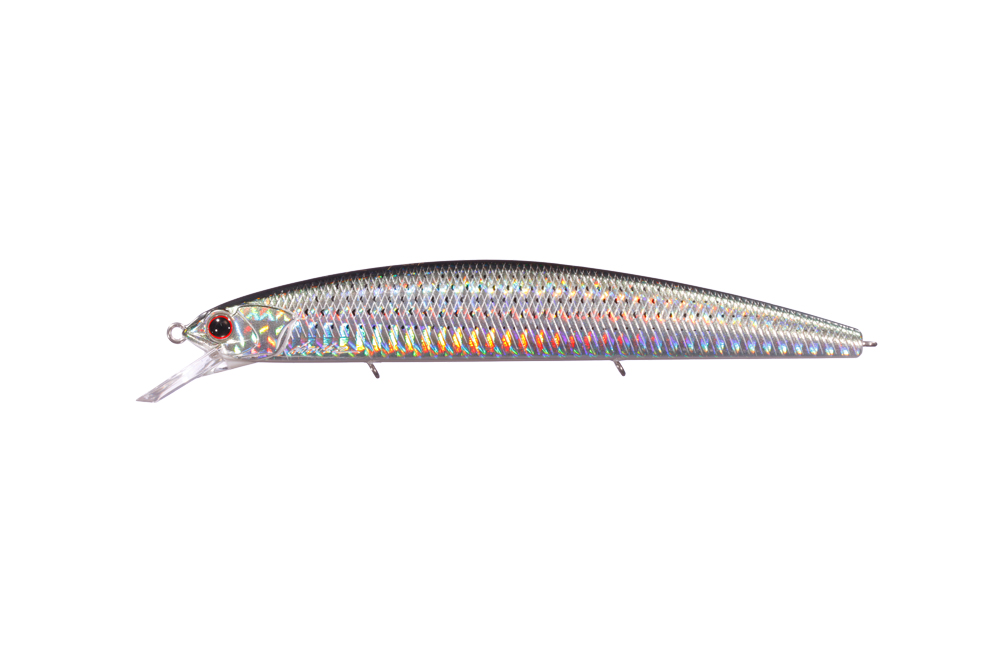