“The JIG06 SLIPPER” is an ultimate swim jig for shallow cover. It has a concept that you can use it at any kind of shallow cover like the edge of grass and sunken branch, and the heavy cover like wave dissipating block and trees under the water, deep bush without the fear of getting stuck.

“The JIG06 SLIPPER” satisfied full performance from material and the shape of head ,the power of guard , hook, skirt, the performance of worm holding at the highest level in order to eliminate negative factor of getting stuck because the timing of getting bite is the key of this fishing.

This reliability is the absolute advantage of swim jig fishing.

Head
The fish-like shape seeking for slip through and retrieve feeling. By providing a slight foundation at the base of the brush guard, it provides a stable guarding power. The material is a low specific gravity bismuth alloy.

Brush guard
The brush guard is strong to avoid getting caught by cover not only when you retrieve simply but when you cast it into the cover sharply. The number of brush is set for each weight in consideration of hooking.

Japanese made original long shank hook(size 4/0)
The hook is specially designed Japanese model not too thin and not too thick with the ability to withstand aggressive forces with H-power class rods.

Peg hole and worm keeper
By inserting the peg (tooth pick) at the peg hole of worm keeper from side, trailer worm never moves.

Skirt
The skirt is silicon half cut type. It produces a sense of unity with the trailer worm with moderate flare and produces a lifelike action. 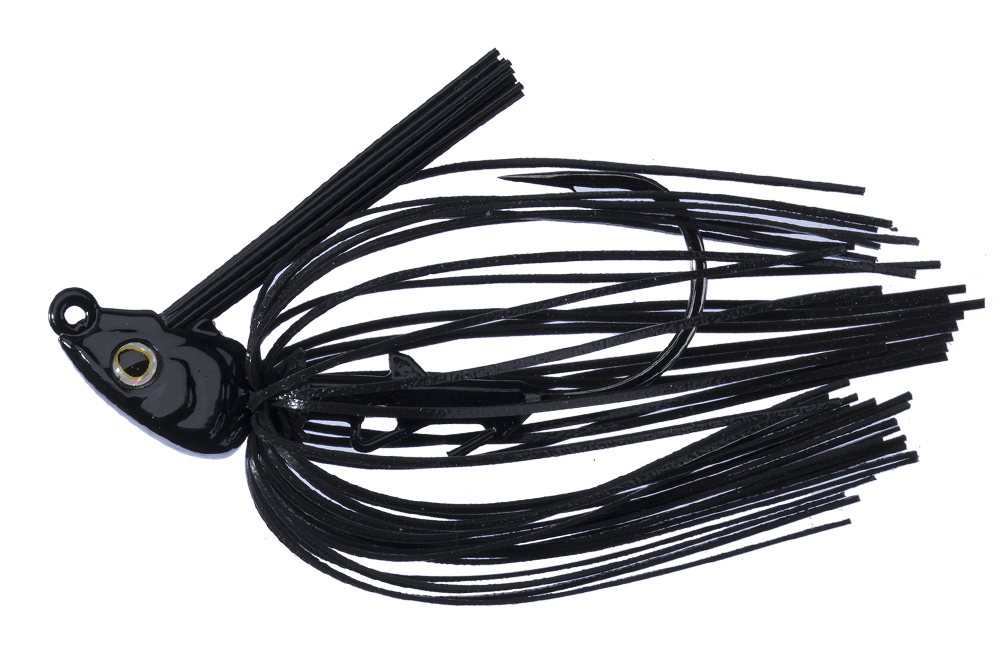 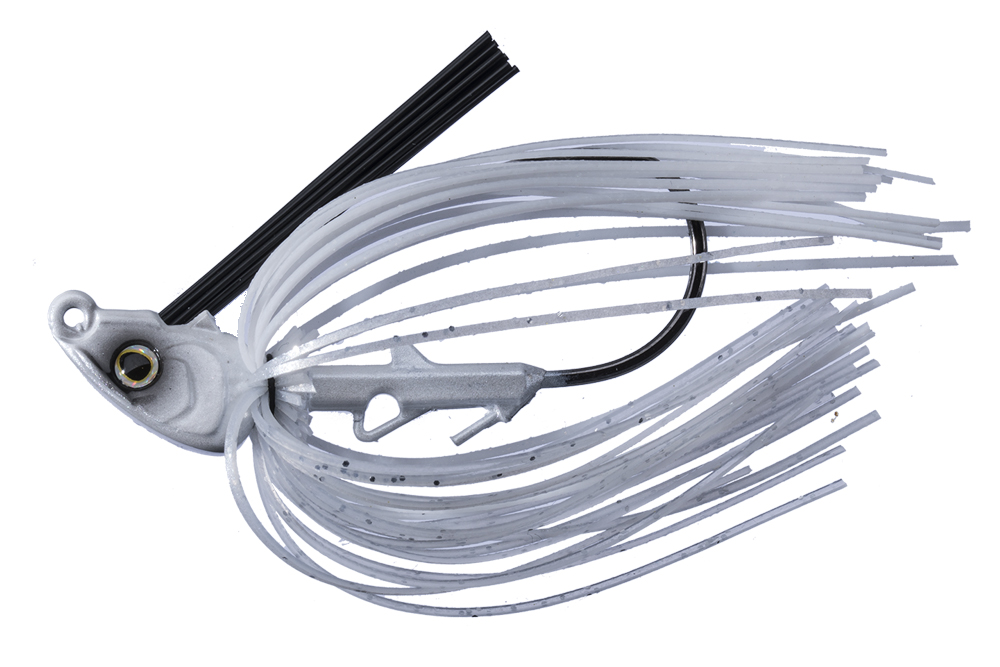 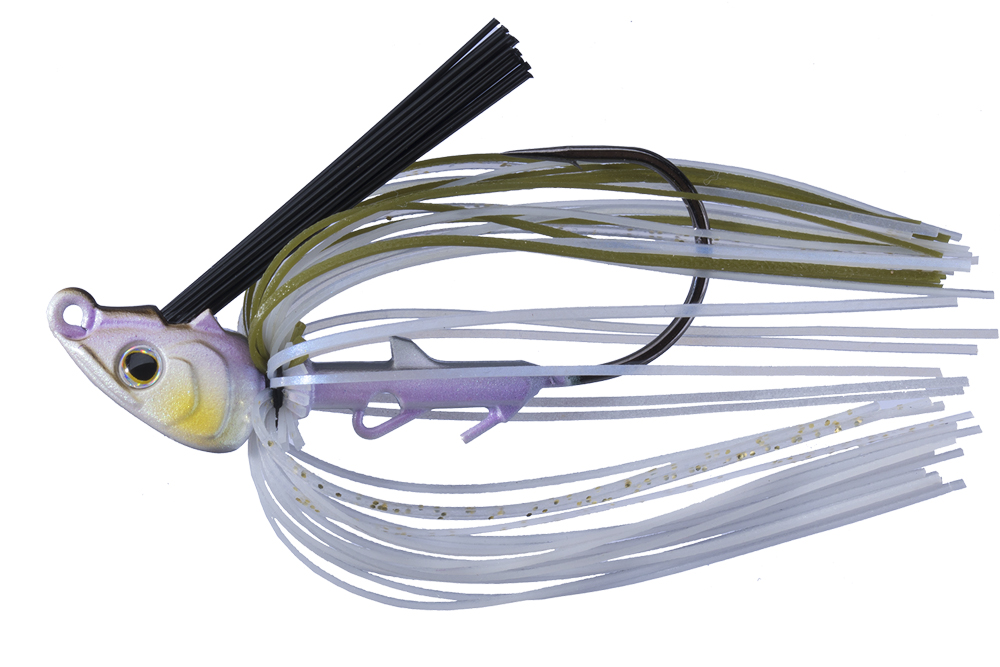 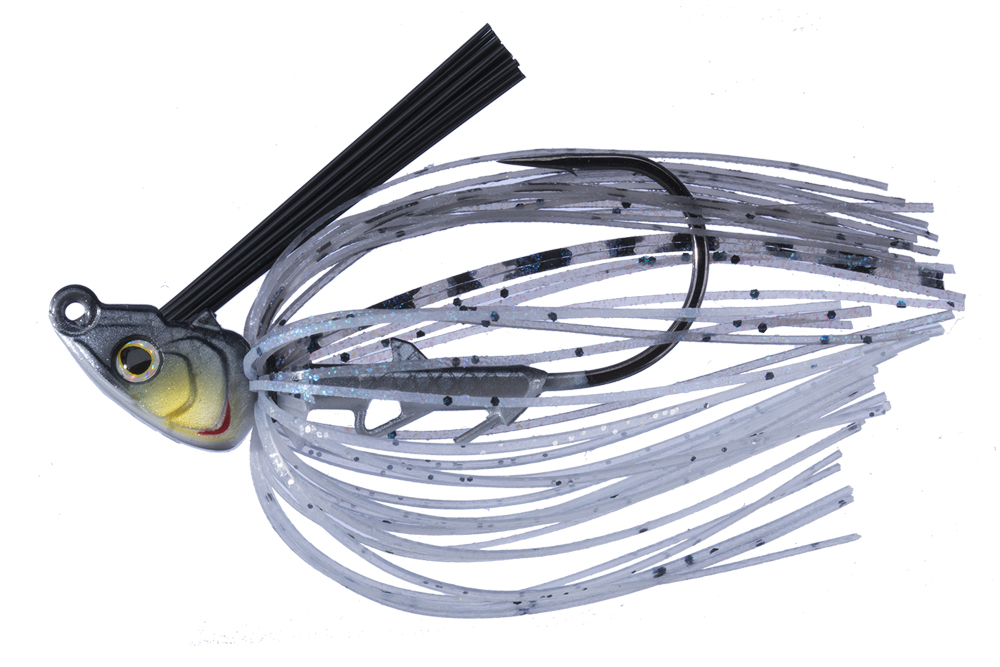 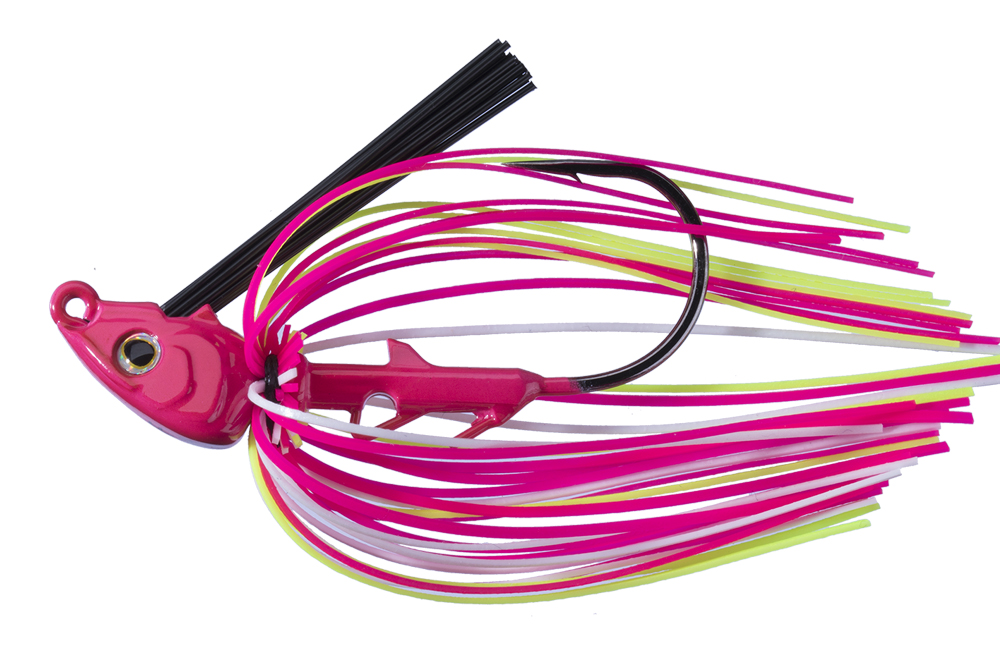 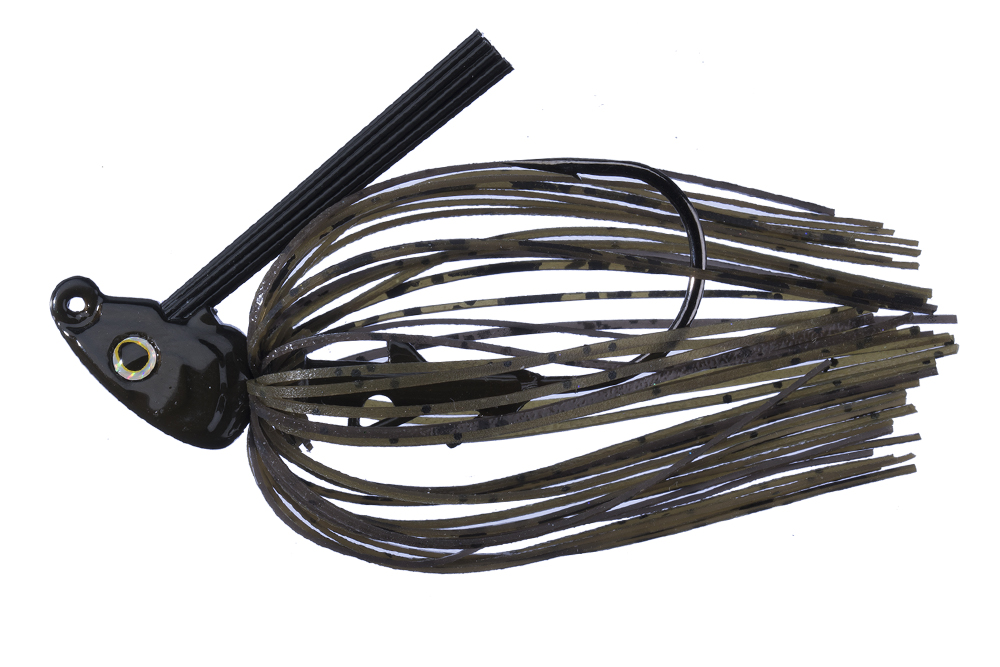 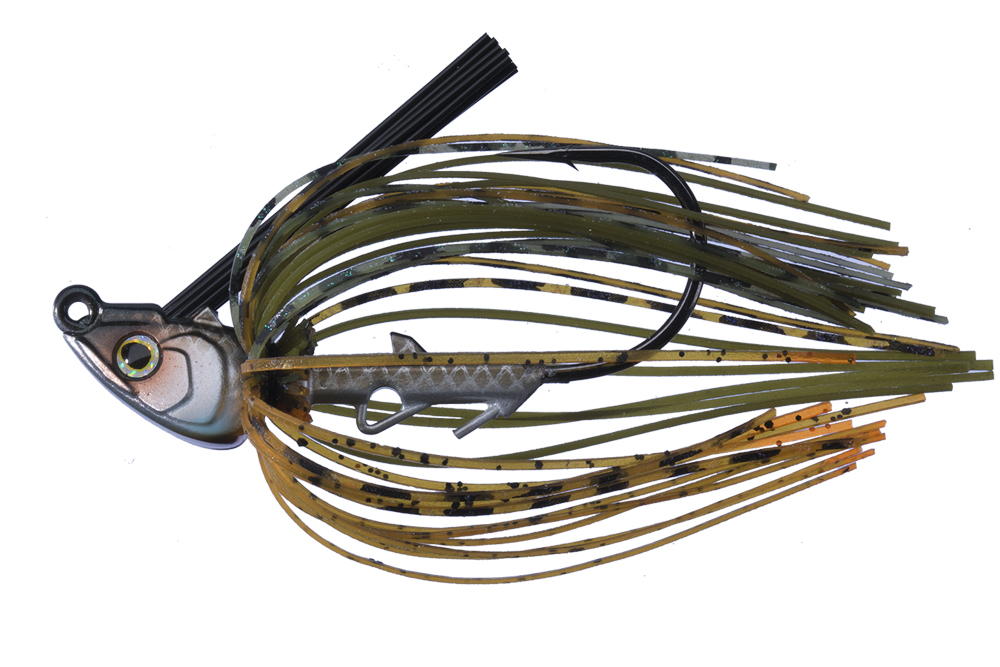 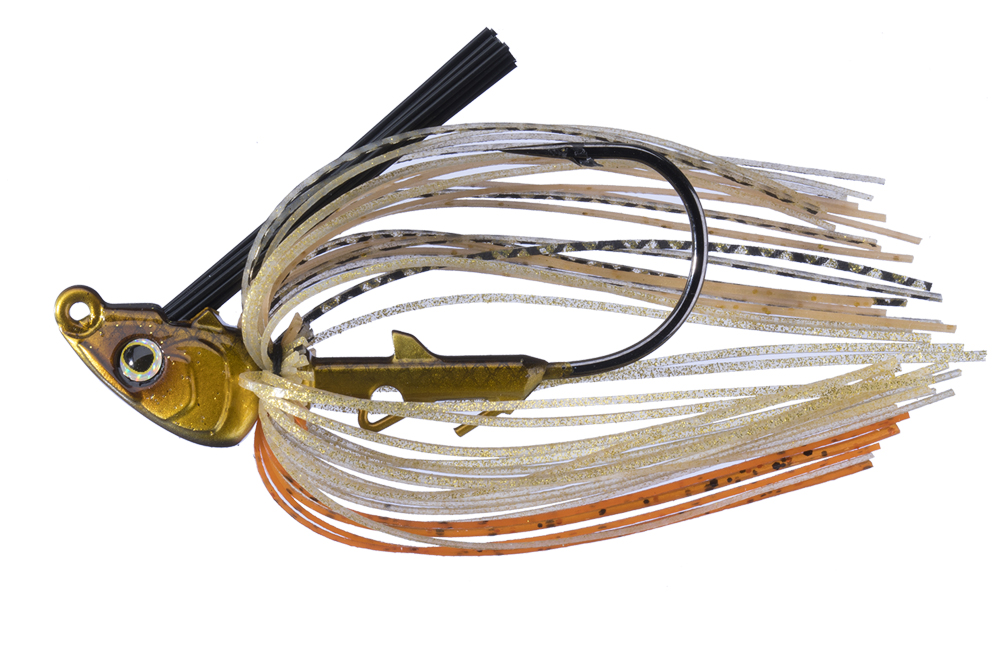 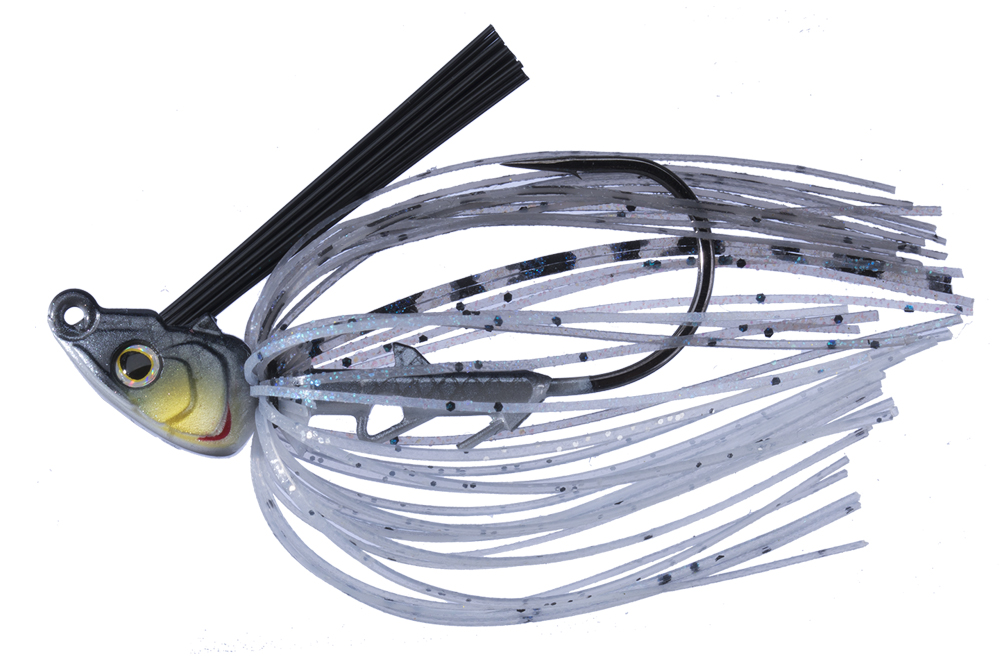 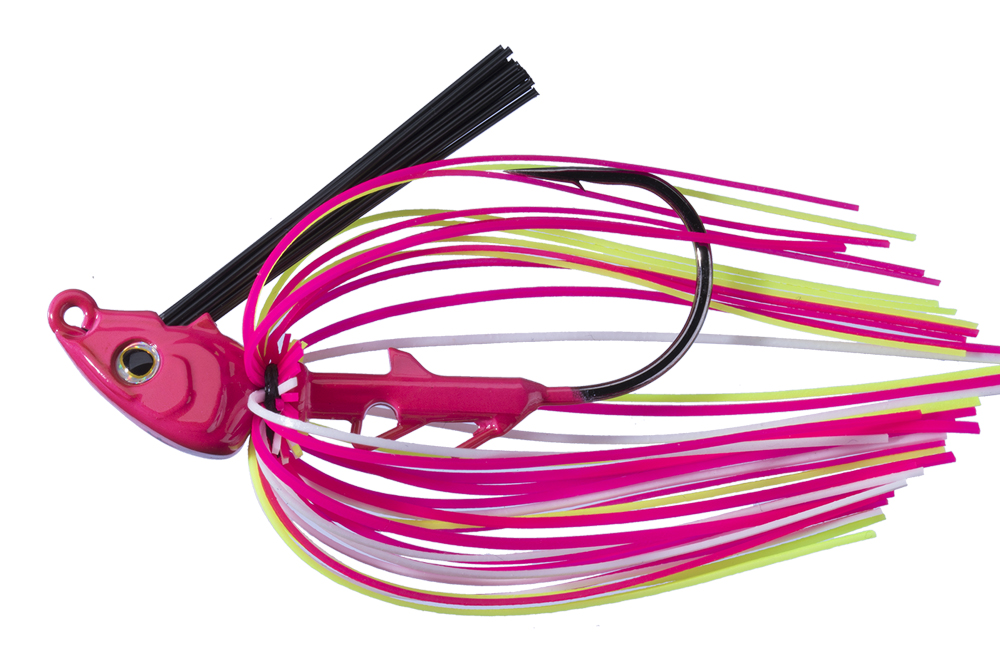