When bass is chasing bait fish in shallow water like lake smelt, sweetfish, minnow type lure has an unrivaled ability.

In all types of lures, minnow resembles real bait fish most, and it swims in the middle of water horizontally just like real bait fish.

If we could make No.1 lure in this type of minnow, it is going to be big advantage for us.

To produce VARUNA F, we put important functions to win a tournament which are equipped with ASURA and RUDRA that have been playing an important role in bass fishing scene more than 10 years.

The action of VARUNA is tight, but steady. It excluded unsteadiness that sometimes occurs in big minnow fishing.

By twitching it, VARUNA F swings its head sharply with flashing by full flat body, makes a bass bite without a doubt.

Among 2 moving weight, using steel for front and tungsten for rear, it has stable flight posture. So it realized long distance almost like suspend model even in windy condition.

Floating speed of VARUNA F is rather high, it takes 5.1 seconds to float up 1m(＊water temperature: 20℃, Fluorocarbon line 12lb, REF: The speed of RUDRA F is 4.5 seconds ).

So it has good ability to dodge structures that you can let it float quickly.

VARUNA F makes ripples, which attract bass. Also, you can find it from far away, it can be used like a top water plug.

VARUNA F is 11cm minnow of new generation that was able to be developed because it is now based on the accumulated technology and performance.

Honey comb super HP body
By reinforcing inside the body by hexagon rib, VARUNA F has succeeded in 40% reducing the thickness of side body (compared with our products), and by reducing the weight of ABS resin it can mount more weight. That’s why it has lower center of gravity. As a result, it realized quick swim start and high pitch lively action as if it were a real bait fish.

Lower center of gravity
Plate-like fixed weight and double movable ball weight contribute lower center of gravity. By using steel for front weight and tungsten for rear weight, it has stable flight posture. So it reduced loss of distance and weakness against the wind which is the flaw of minnow. Then it realized tight and high pitch action with flashing and roll.

Full flat body
Full flat body was adopted from ASURA 2001 for the first time. It is necessary for jerkbait because it requires flashing effect. And that is one reason because ASURA has a lot of achievement and the victory against rivals of similar class. Afterwards, that was adopted by 13cm RUDRA and showed its effectiveness. And this time VARUNA adopted it with firm conviction. 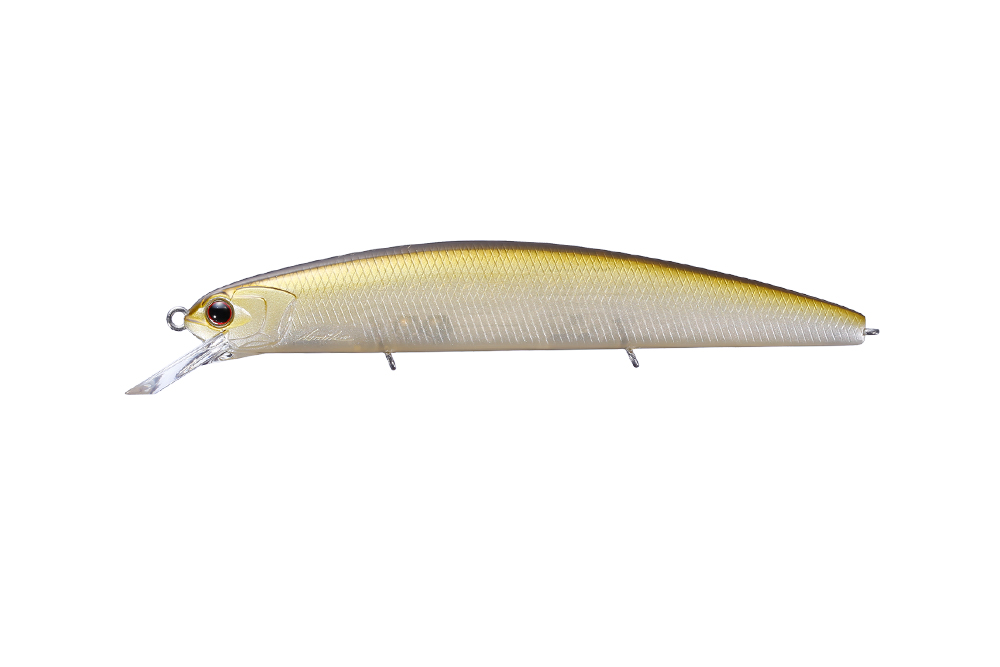 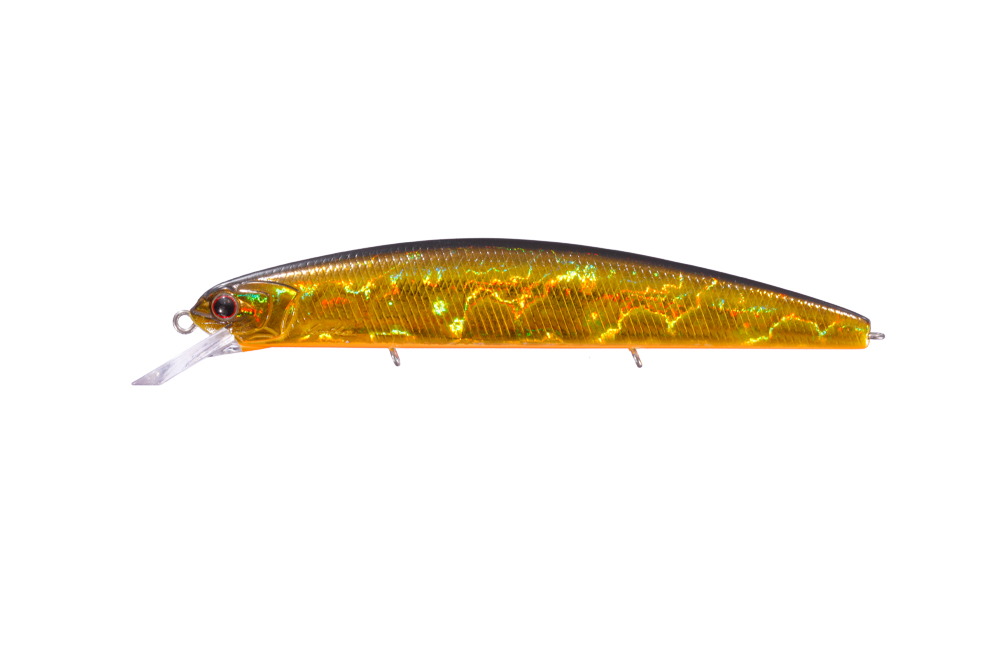 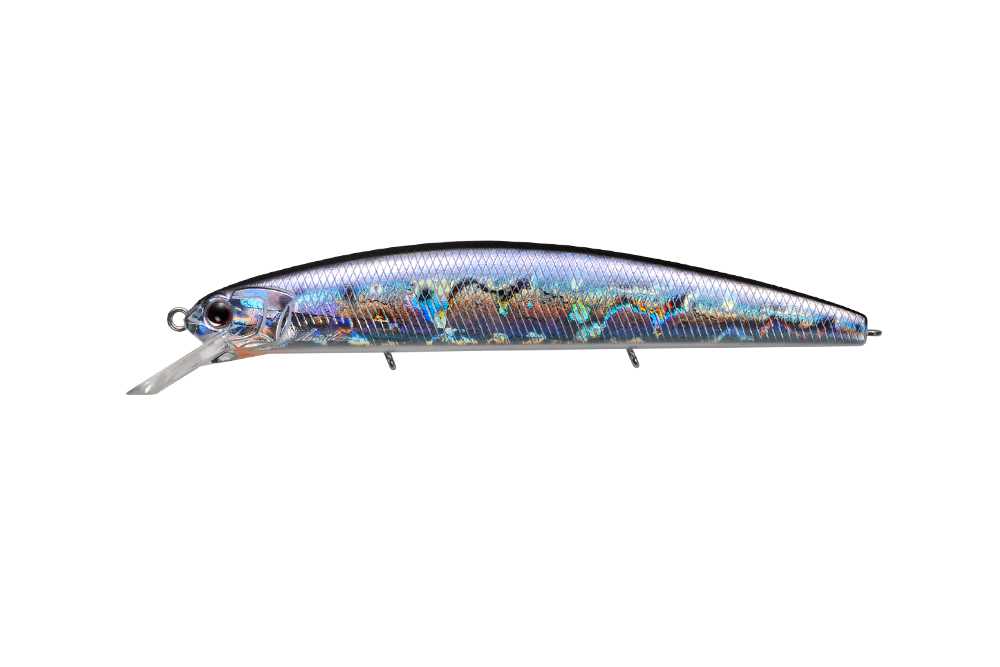 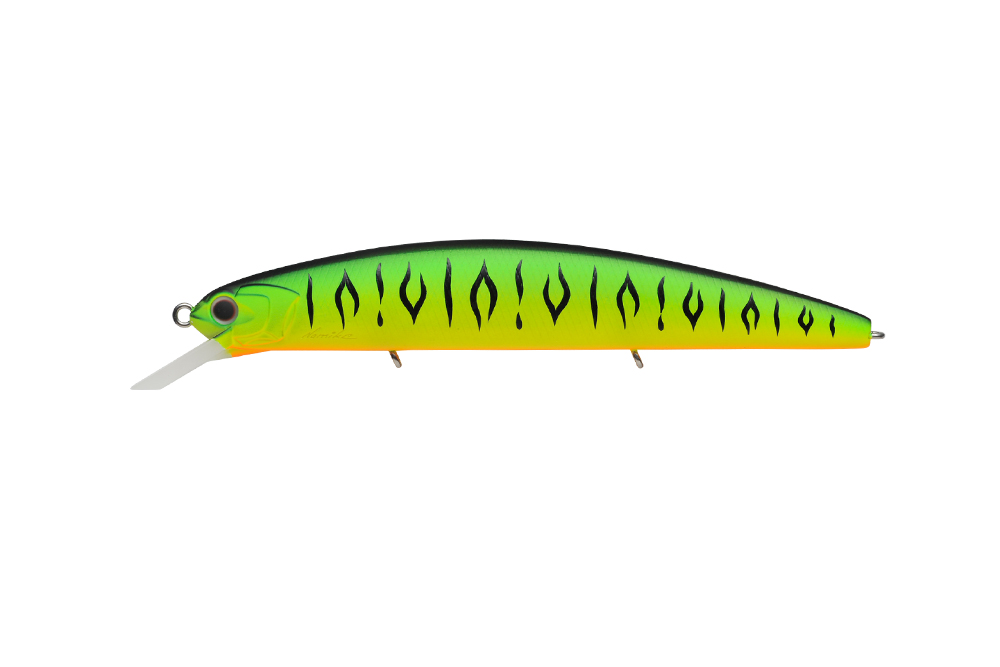 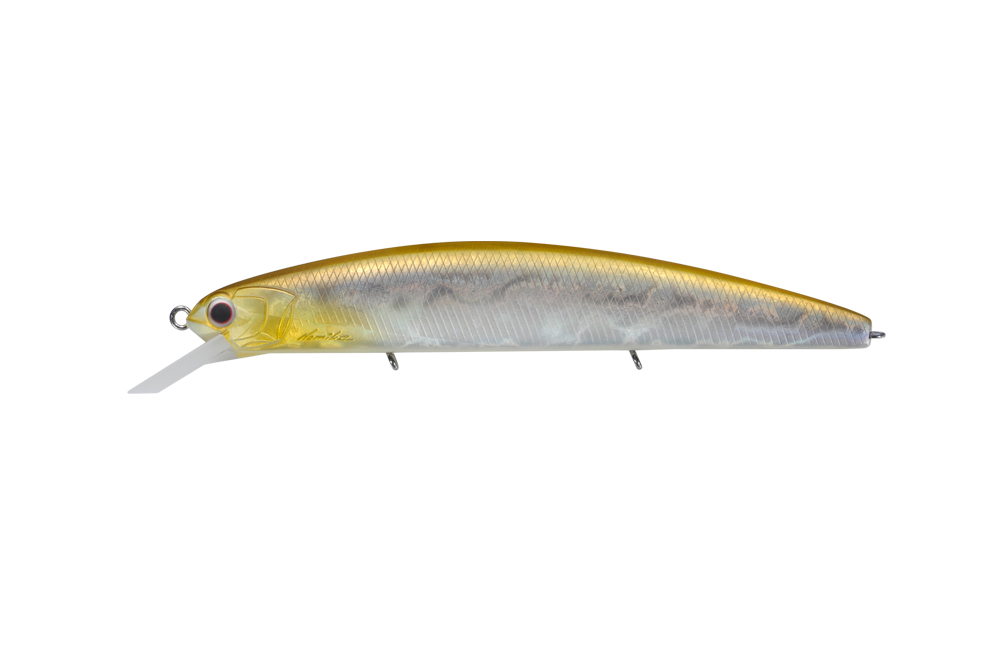 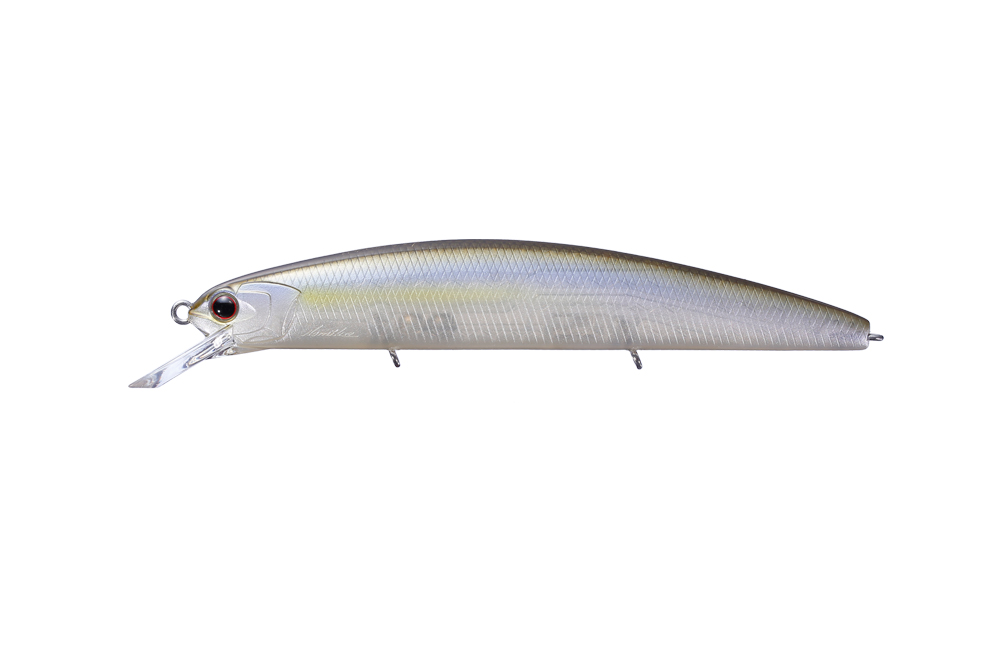 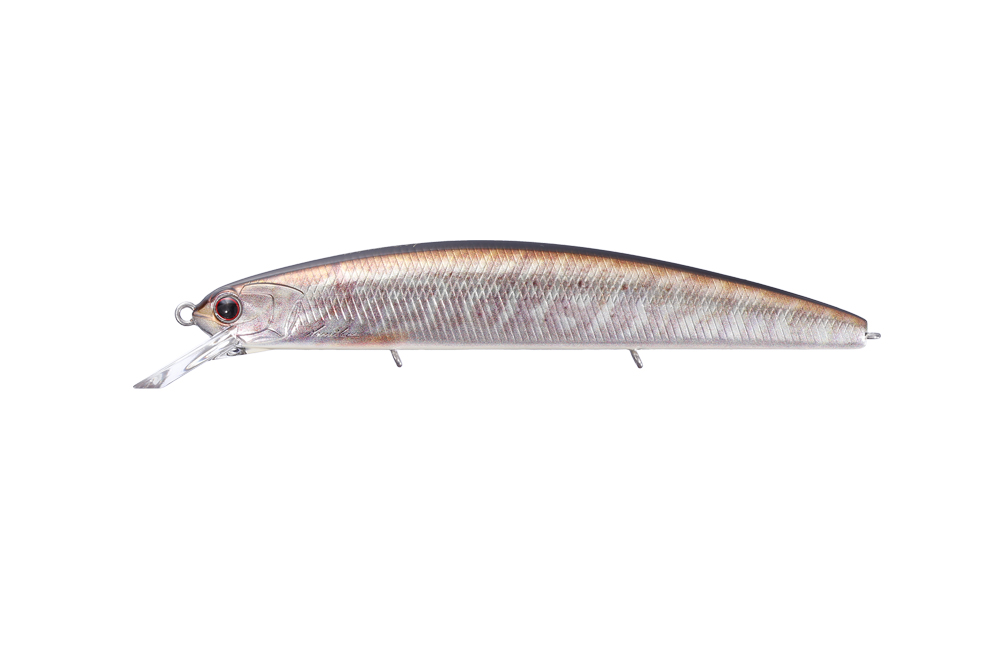 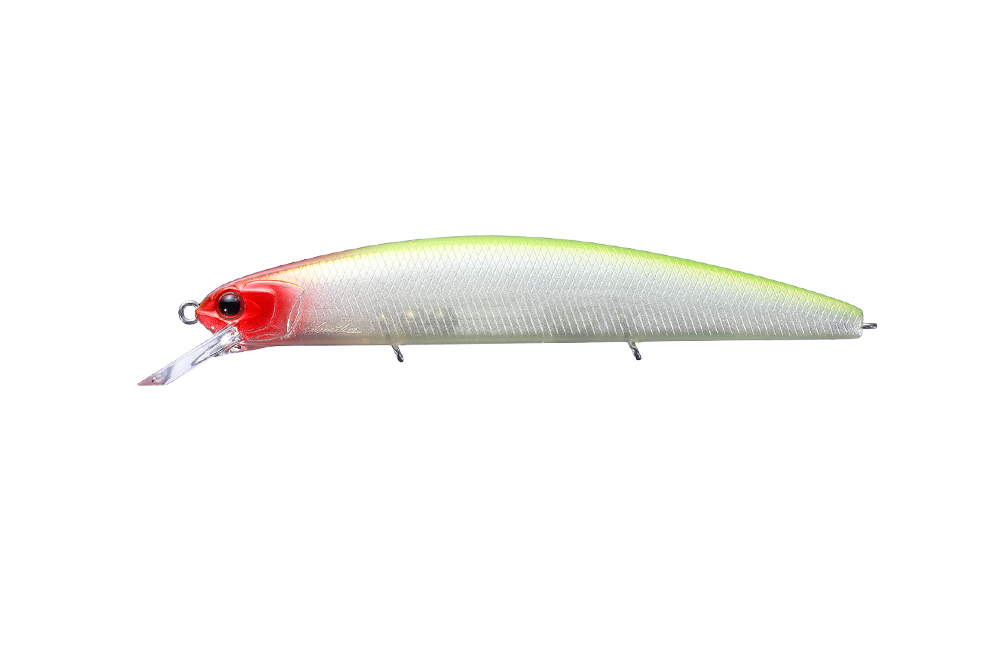 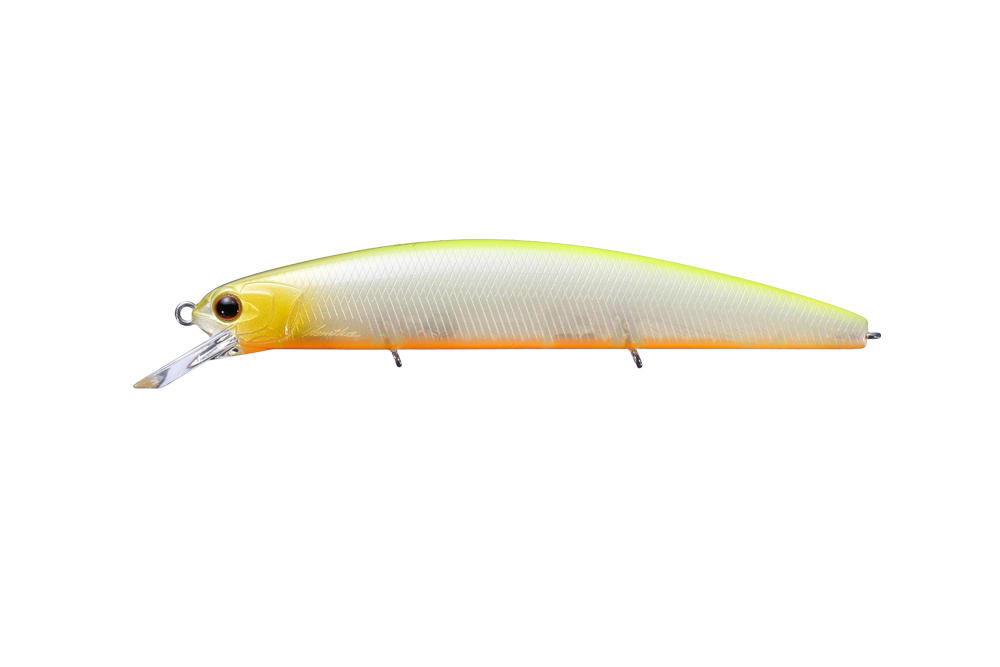 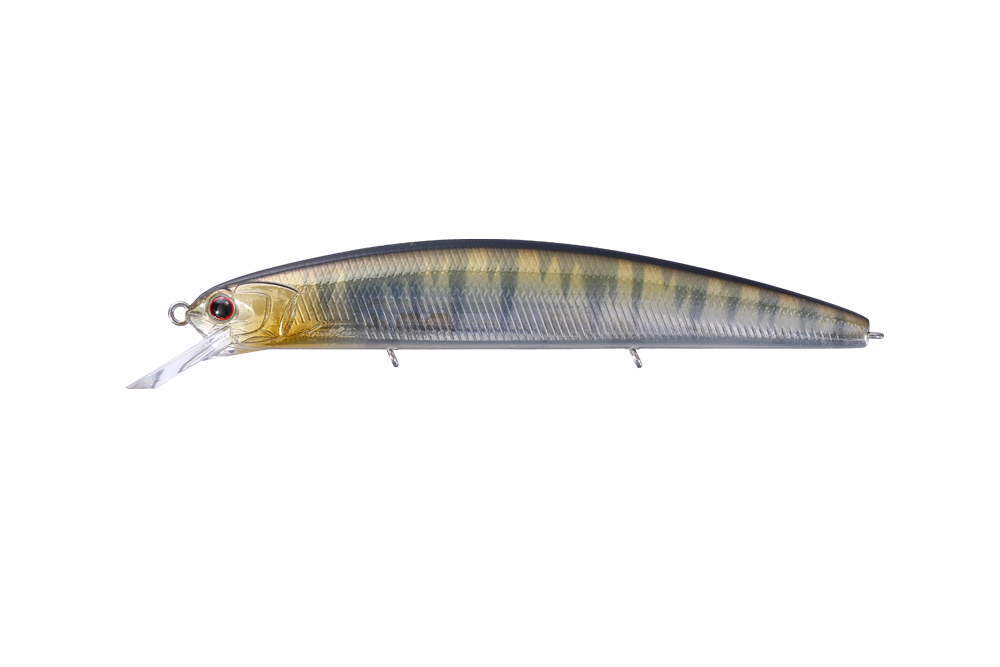 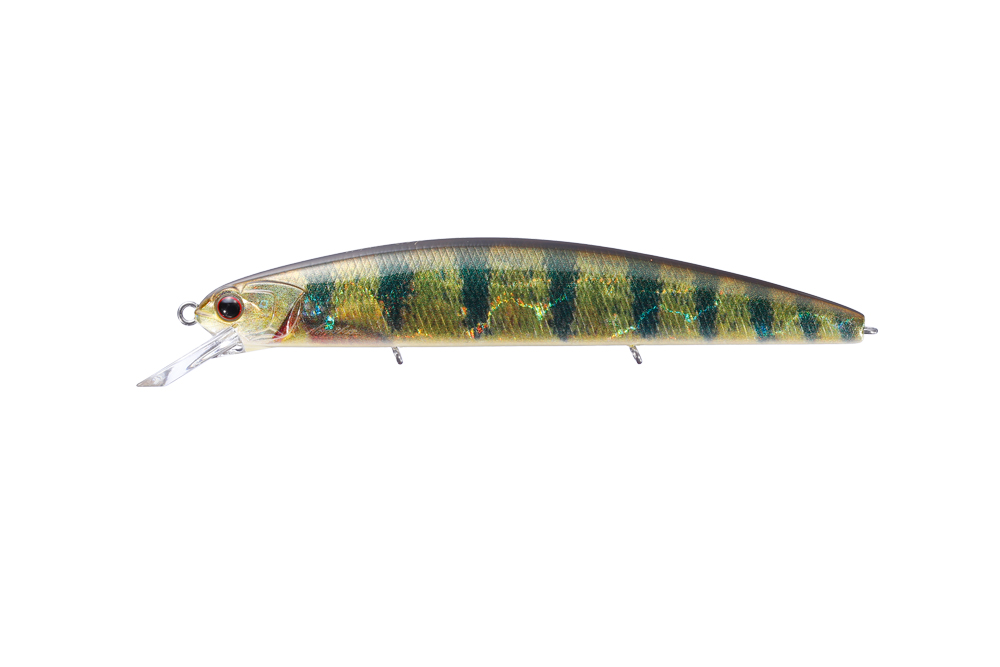 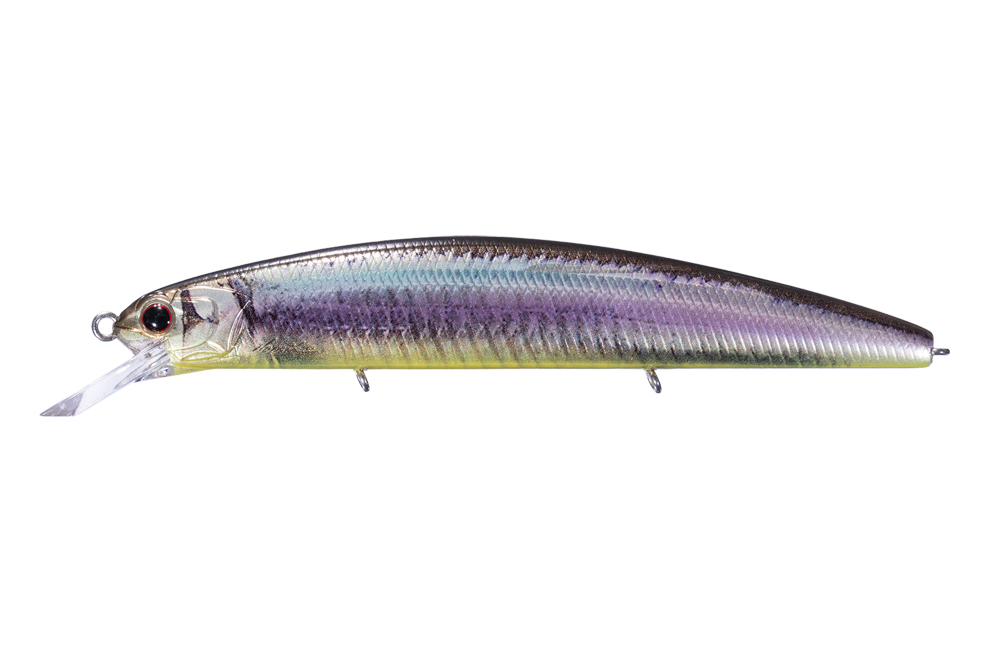