O.S.P pro staff Kazuki Orikane aka “Orikin” started developing Orikane-mushi long before bug lure became popular. He kept it as a secret bug lure because he pursuit and improved it all by himself as if he was a maniac. Ultimate performance of Orikane-mushi led him to a winner’s circle many times at tournaments in Lake Kameyama or Lake Takataki which are regarded “Mecca”of bug lure.

Sweet pop sound and splash generated by cup-shaped head elicits bass from deep range or far back in cover where small silhouette bug lure was never able to show its existence. Upward arms make on-the-spot temptation easy and reproduce drowning bug. The four pairs of legs float on the water surface, and generate a complex ripples even by a slight shaking. 2 brush guards are the result of consideration of heavy cover fishing and it is arranged straight vertical so when you cut one of them it still guards the centerline of the hook. Downward line eye and hook has the best hooking ability. That’s Orikane’s conclusion after he tested every kind of hooking pattern. It demonstrates amazing power under high pressure condition or against visible bass. It is not limited to the field where bug is the main bait.

Head
Head is designed like cup shape, so it generates pop and splash sound by light twitching. It solved the problem of small silhouette bug lure which lacks appeal power and became more detectable from bass. And easy visibility from angler is also the merit, so marker is designed on the upper part of plain color.

Arms and legs
By capturing water tightly, it easily tempts bass without moving long. Synergy effect of natural ripple and sensitive movement improved bite rate at “staring at each other” situation which happens many times when you fish with bug.

Fin
Fin that surrounds whole body reduces sinking of body and helps legs float on the surface of water which is Orikane’s ideal.

Hook
Hook has thickness compatible of sharp hooking by light tackle and power for rough fight. Downward hook point and line eye are the best for hooking. That is the conclusion of Orikane after he tested various hooking pattern. When you set the hook, hook rotates upward and wide gap penetrates firmly. By the way, downward hook caused a lot of miss bite.

Hook set marker
When you change lure, pull out the hook point to the dot. You can set it very straightly at one time.

Weight
Bug lures so far quite often fell on the water with its body up-side-down. If the hook faces upward, body slides on the water surface and causes miss hooking. Orikane-mushi realized low center of gravity by putting weight in the lower chin. It flies very stable and never falls on the water up-side-down, even if so, it quickly comes back to normal position by 1 action.

Body design
What Orikane pursuit was the silhouette that every fish judges as a bug. Getting bite from cautious bass by just letting it float is one of the conditions of good bug. 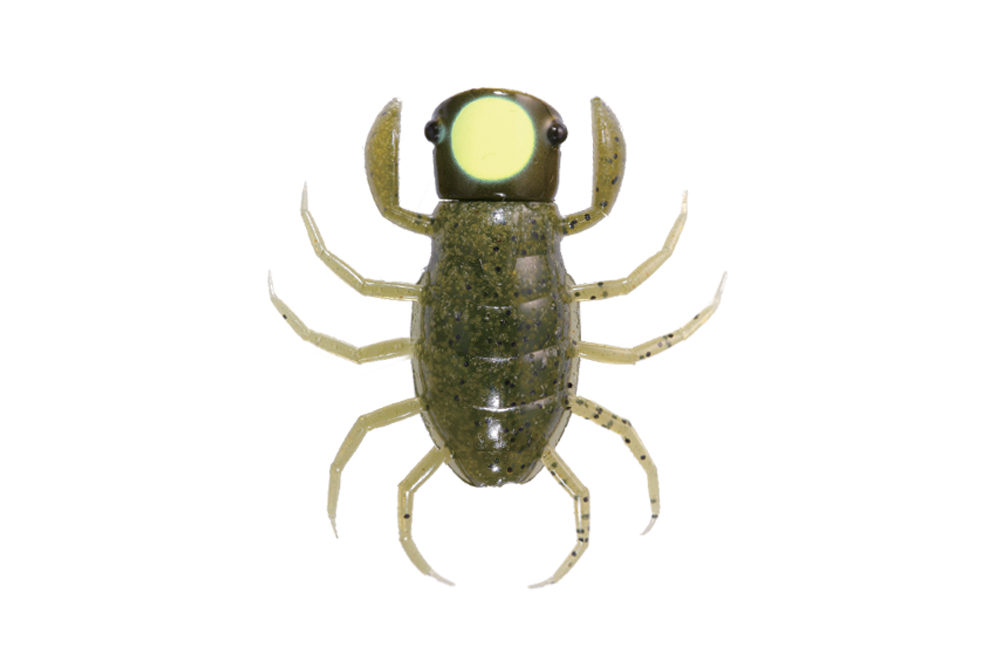 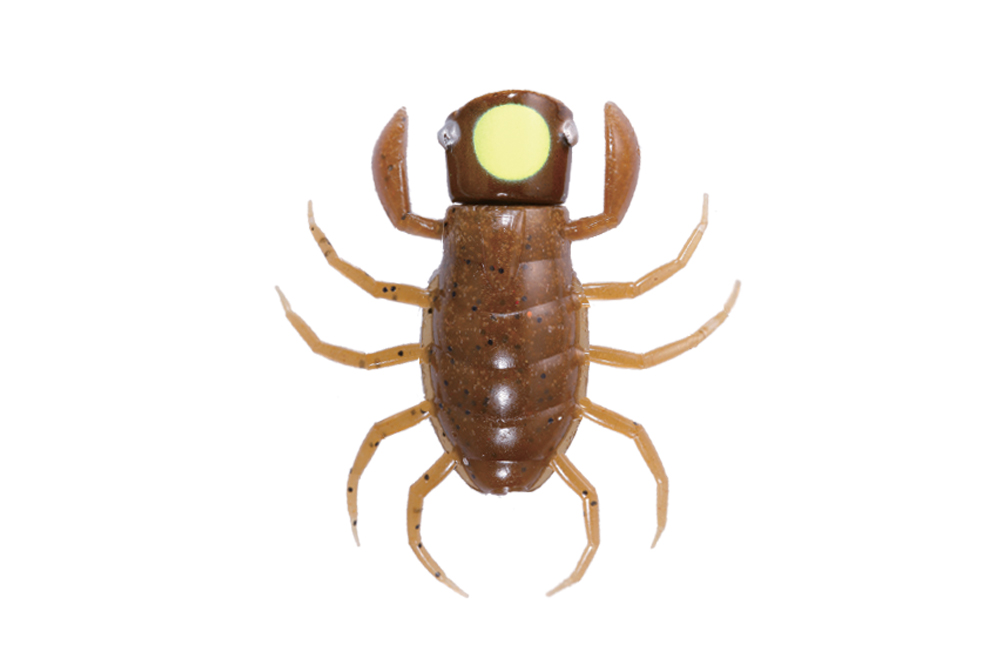 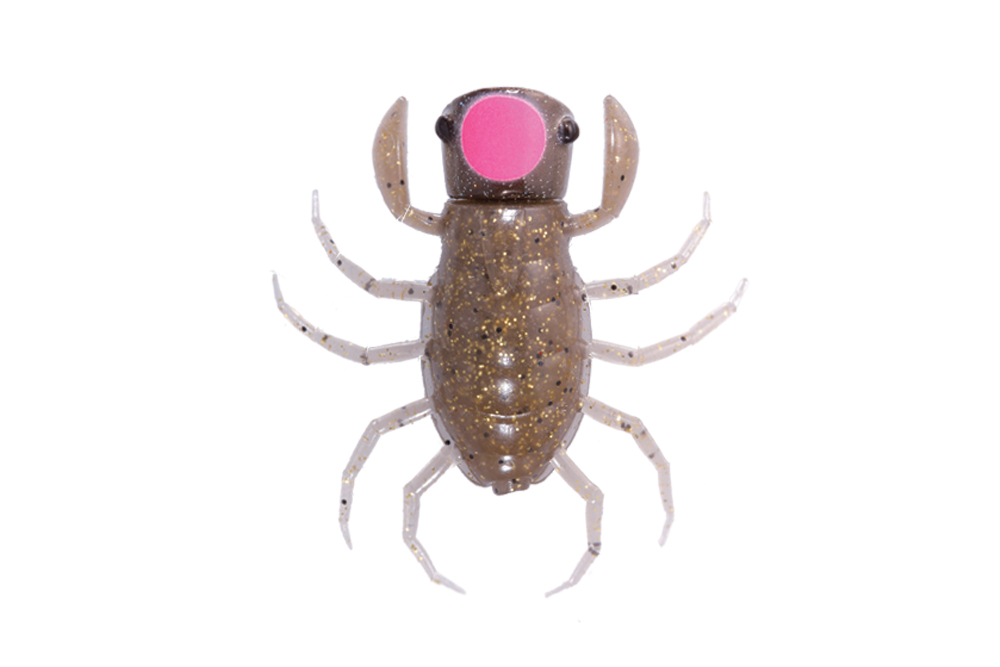 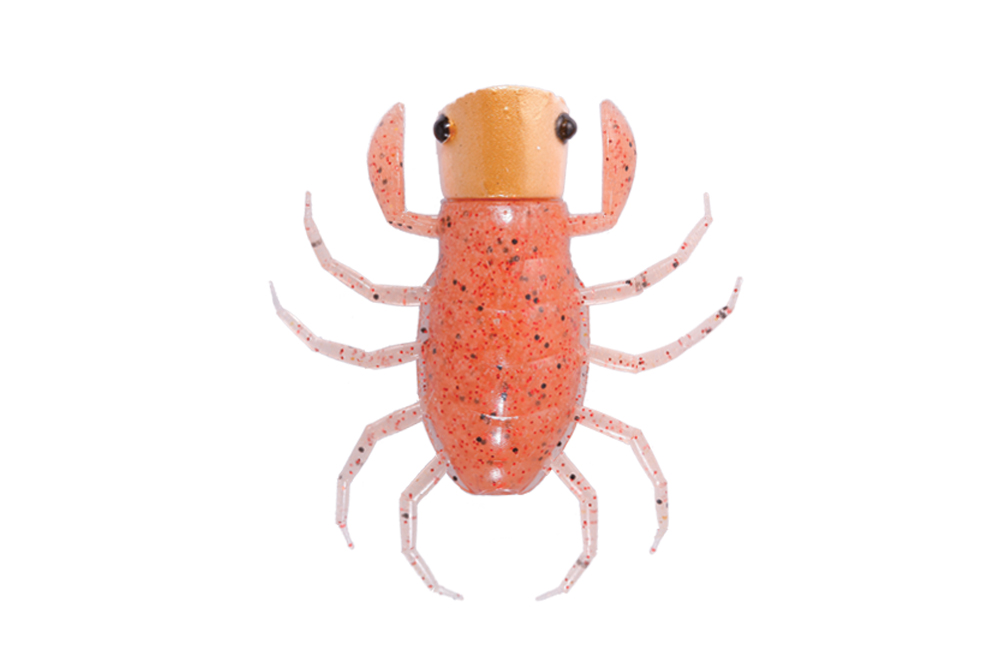 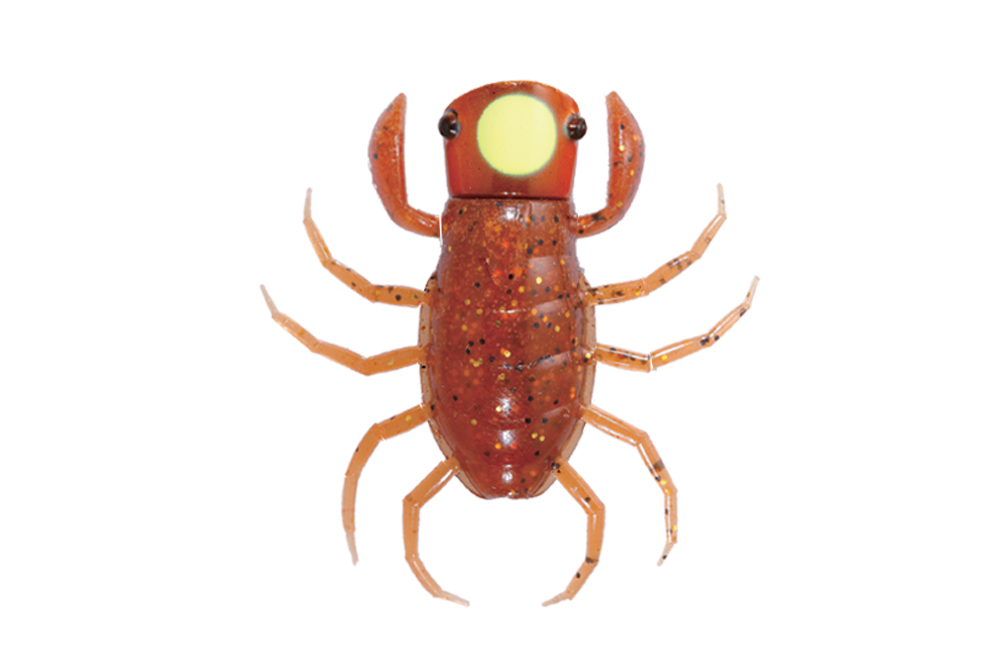 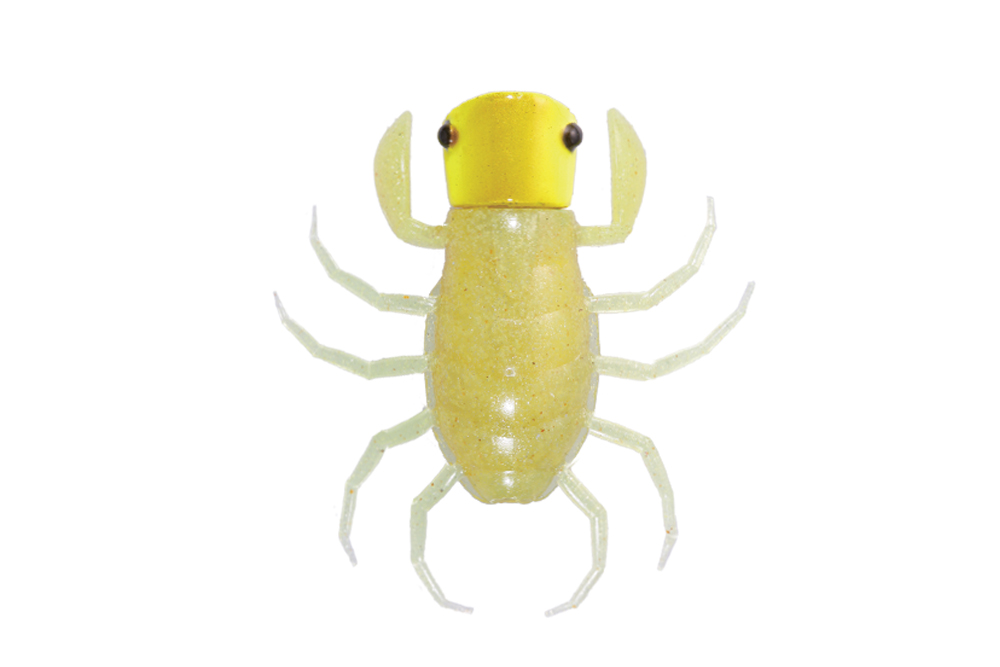 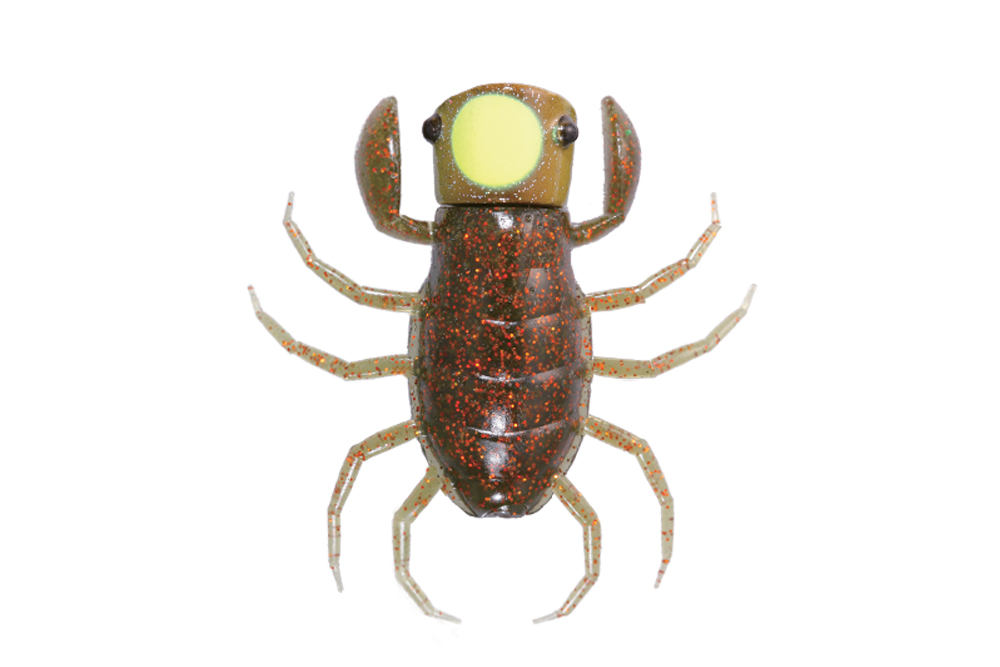 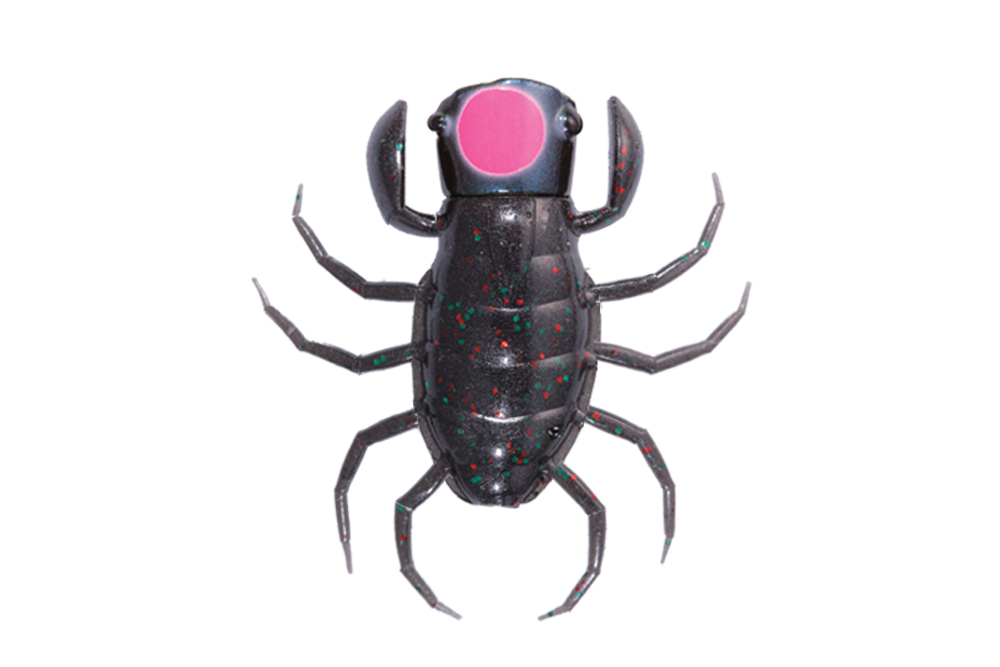 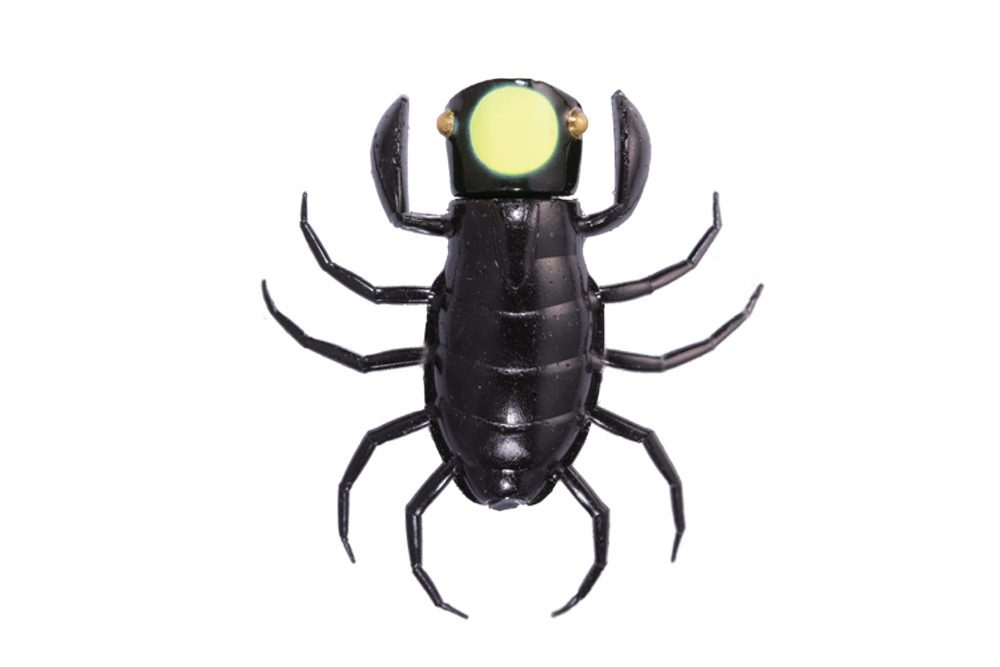 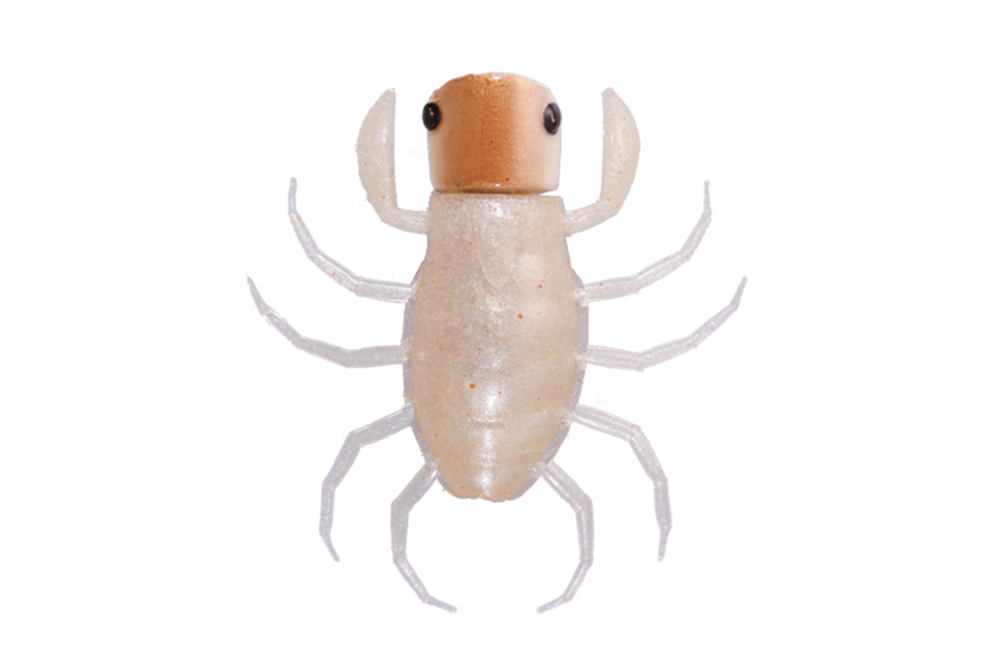 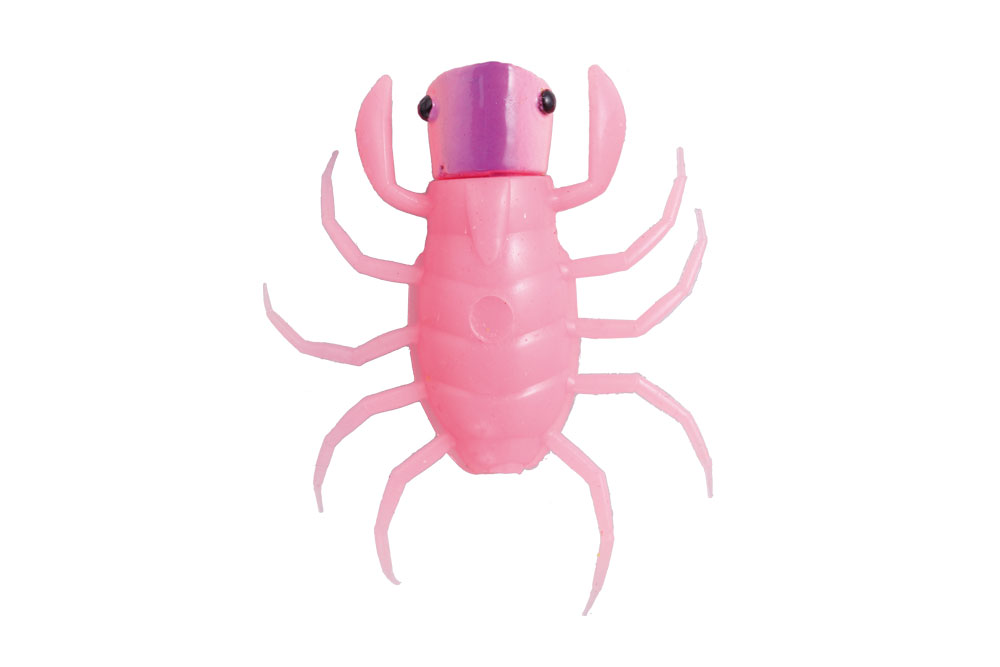 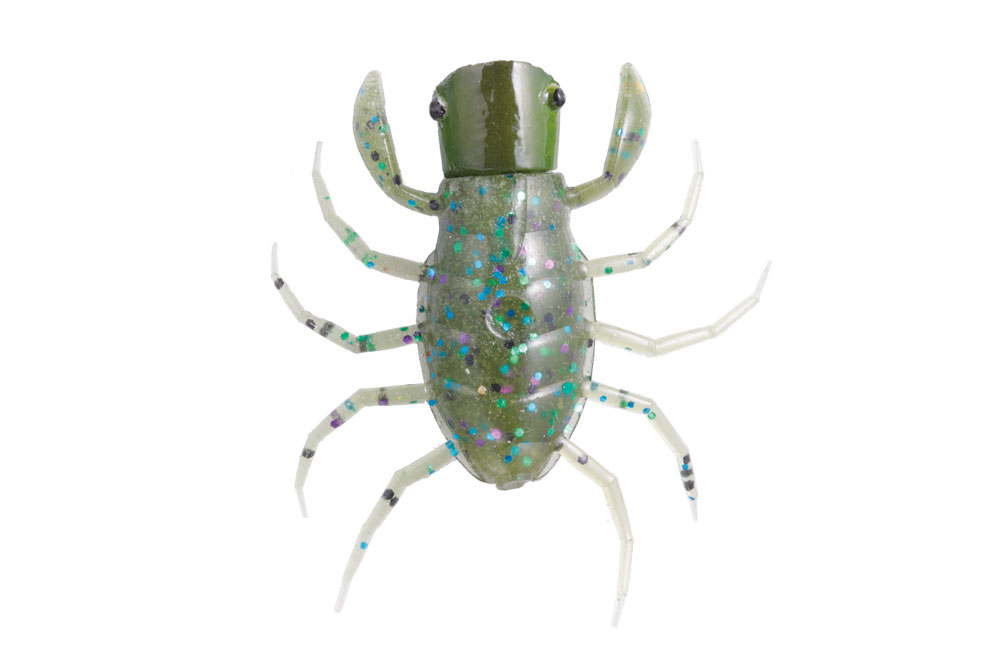 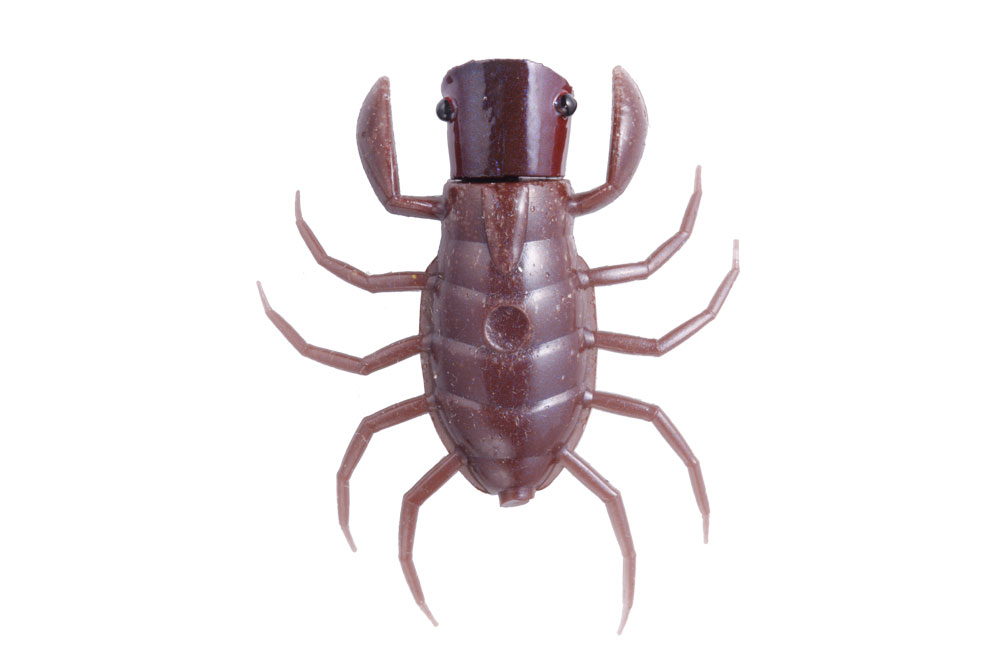 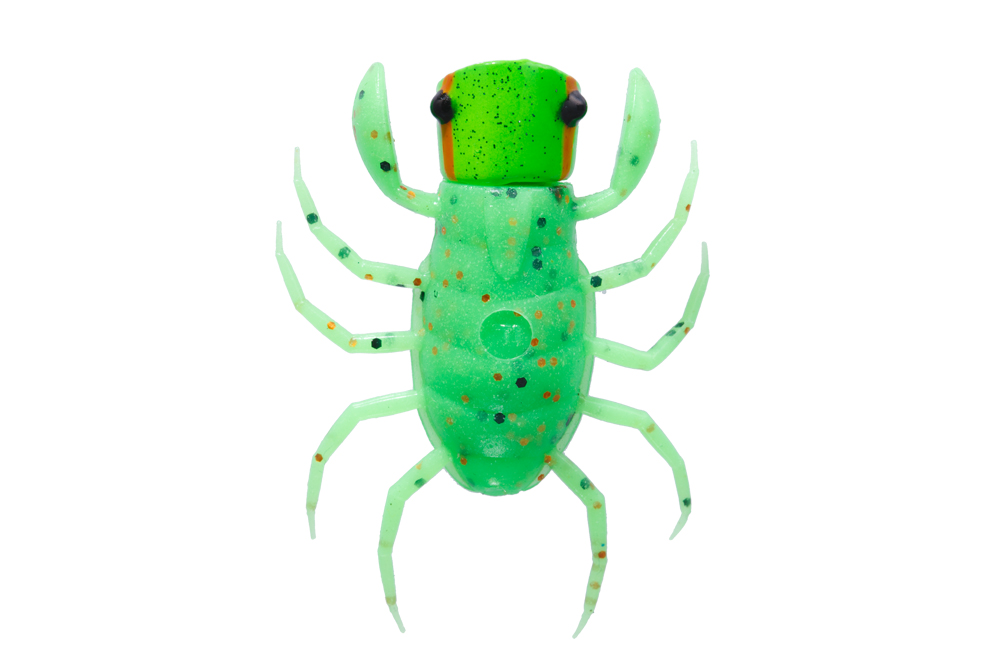 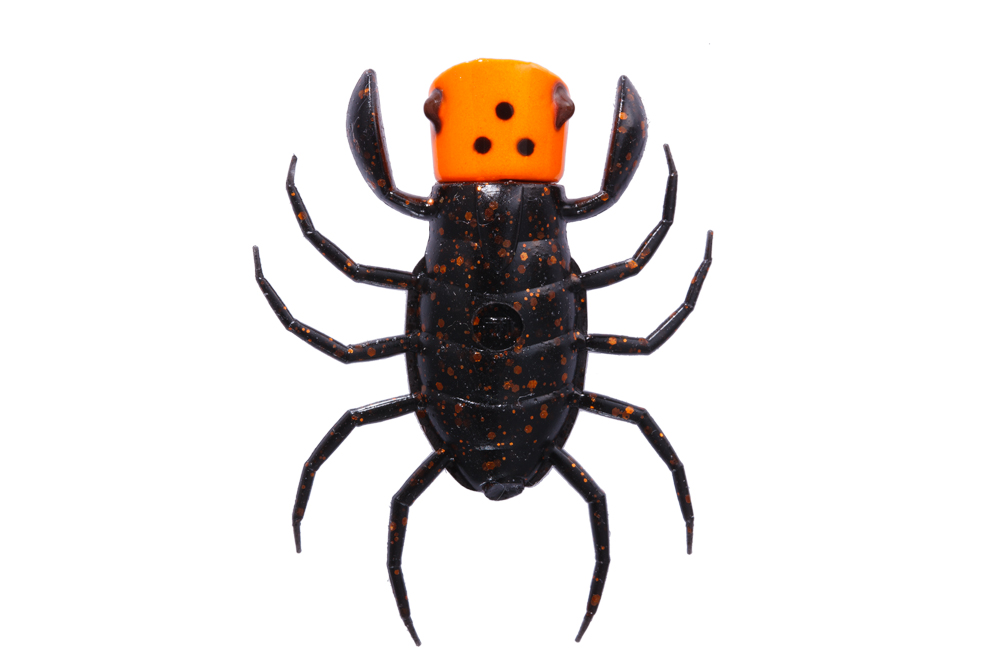 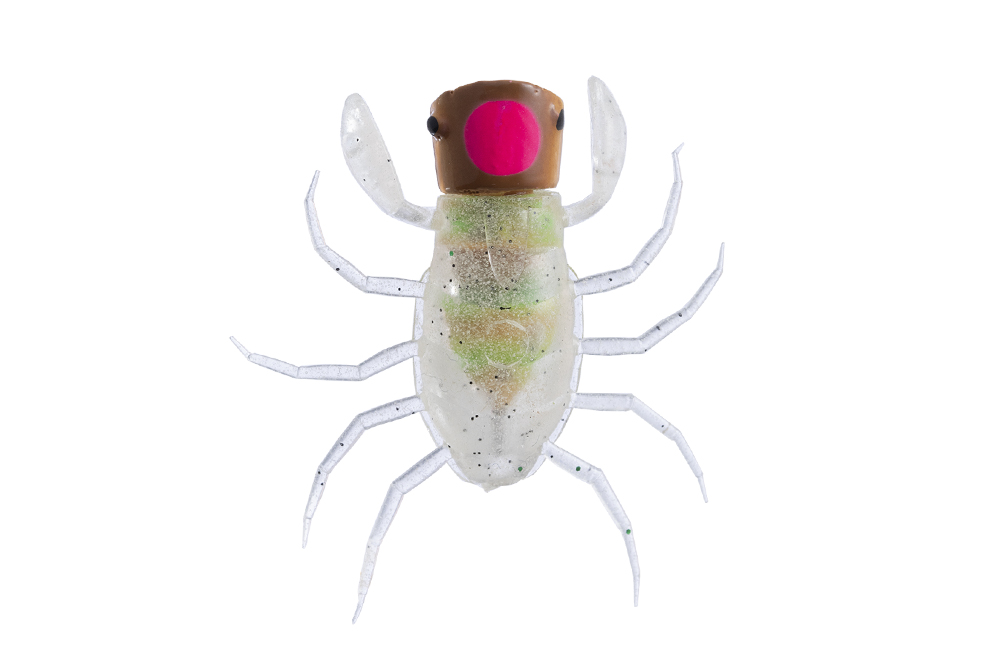