Available area of spin tail frog is not only heavy cover which is frog’s favorite, but also around the structure of open water and clear water and also shallow weed area.
SPIN TAIL FROG pursued the performance that exceeds almost all the lures for such circumstance, enhancing the strong point of frog to the fullest.
In the first place, frog never makes bass cautious because it has soft body and diving sound is very natural. Frog does not make abnormal sound of hook and appearance is not uncomfortable either.
Also, frog can tempt bass by floating on the water long time and can attack structure aggressively.
But the ordinary frog in the open area has weak point that the action is monotonous.
SPIN TAIL FROG is the evolved frog that improved the power to elicit bite in the open area with the new function taking full advantage of blade. It has slim silhouette and sharp swing unlike normal frog.
The fusion of soft body and metal blade creates a new world.
By installing the blade at the center of rear body, SPIN TAIL FROG wobbles tightly with stable posture by simple retrieve.
Small Colorado blade installed at high position rotates briskly and stirs air and water. It buzzes with peculiar splash and flashing and sound.
The body is soft but appeals strongly by slow retrieve. That is effect of ball bearing swivel.
It dodges floating things like leaves remarkably. The combination of soft body and metal blade will bring new tactics.

◎Common body concept
The body of SPIN TAIL FROG is the same as SKATING FROG. This body has adequate weight that makes accurate cast into the overhang possible with heavy tackle. At the same time, the compact size creates more bite under high pressure field. Front slim body has both bait-like action that is effective under tough condition and snaglessness.
Hooking ratio has been problem of frog baits, but SPIN TAIL FROG improved it dramatically. This body should be regarded as final answer to catch more bass under tough condition. The degree of perfection is extremely high. 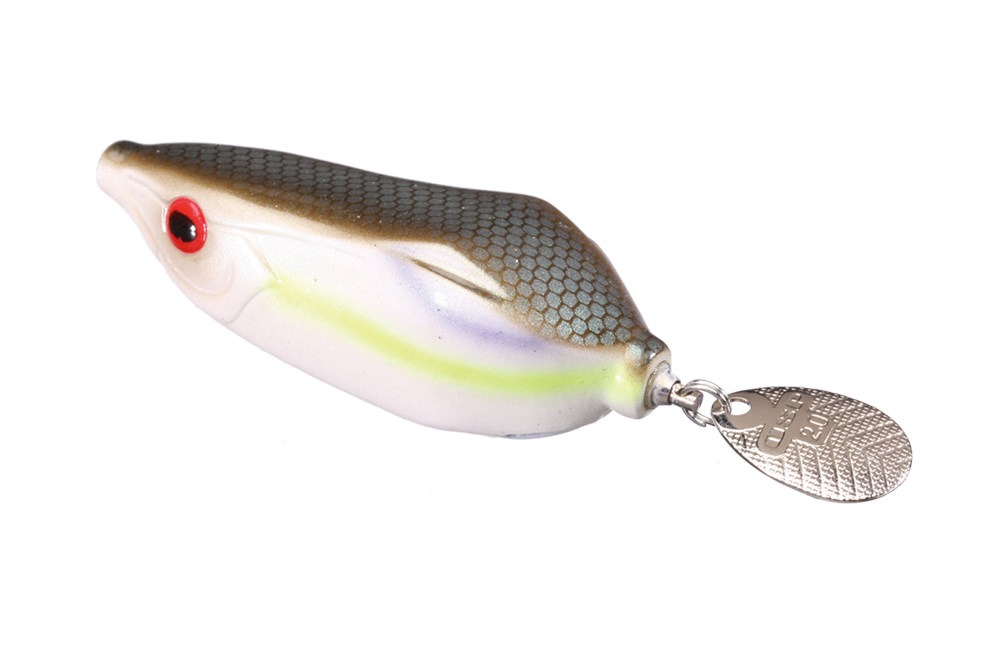 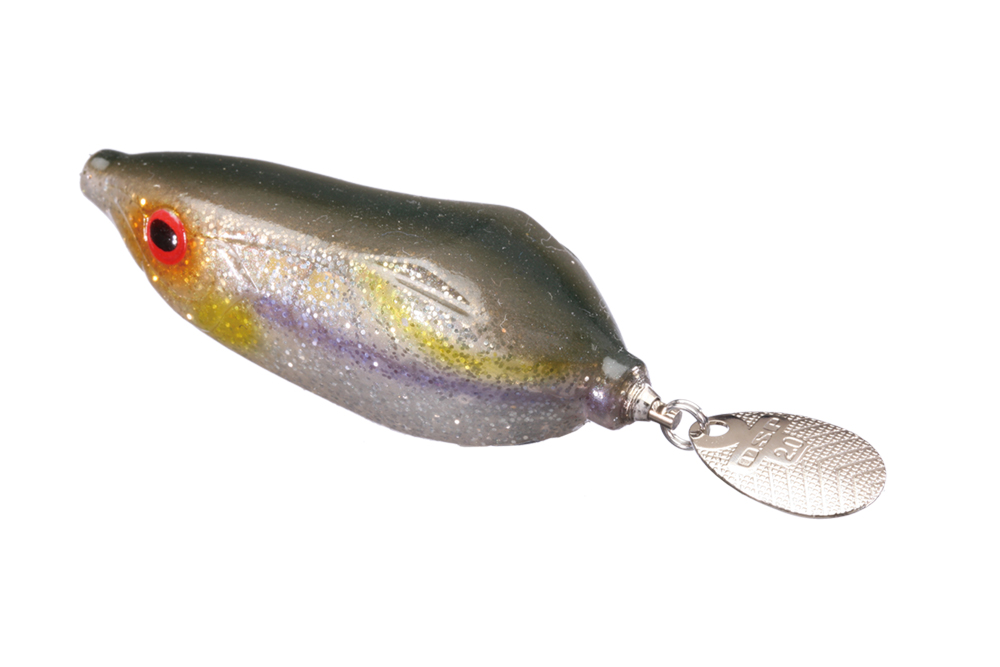 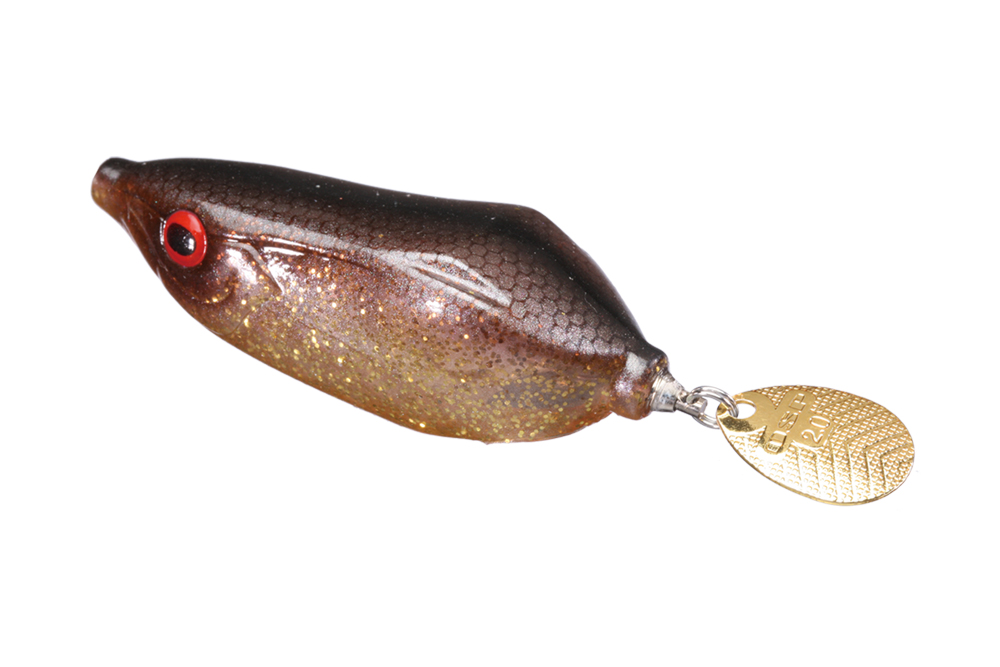 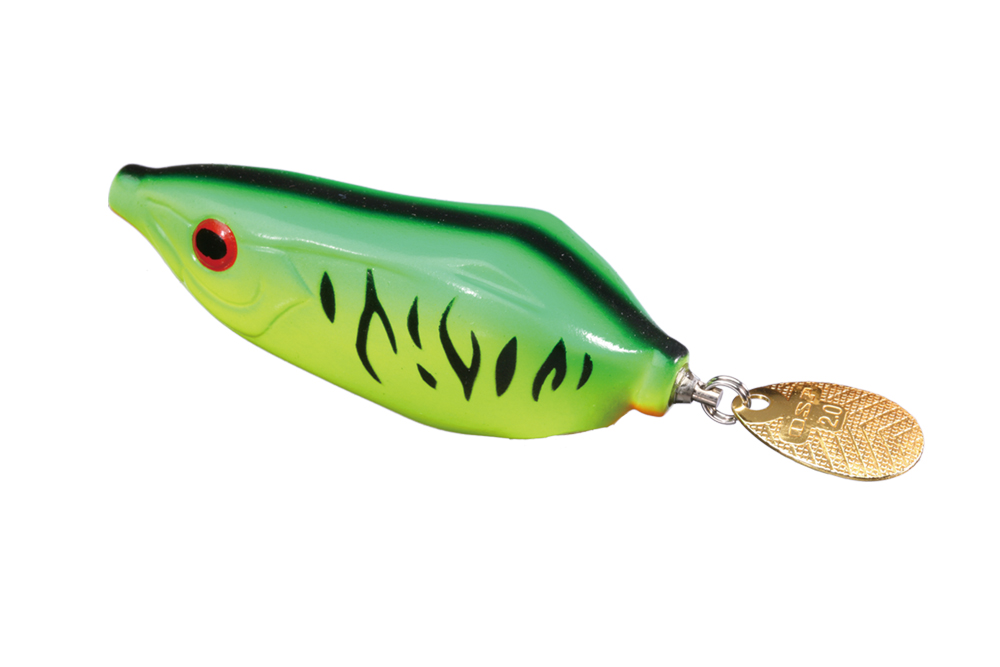 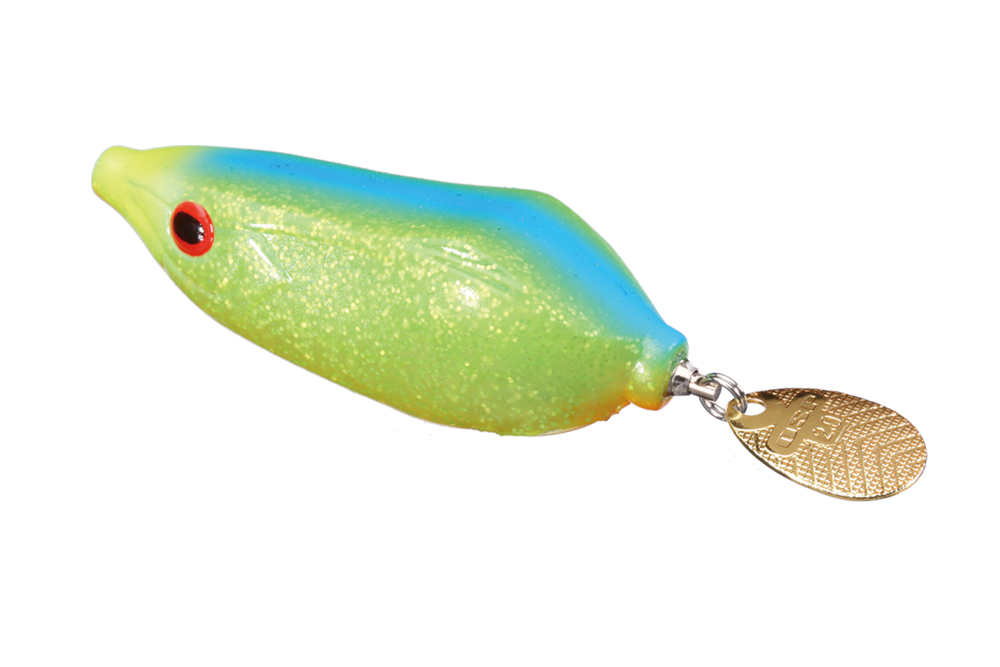 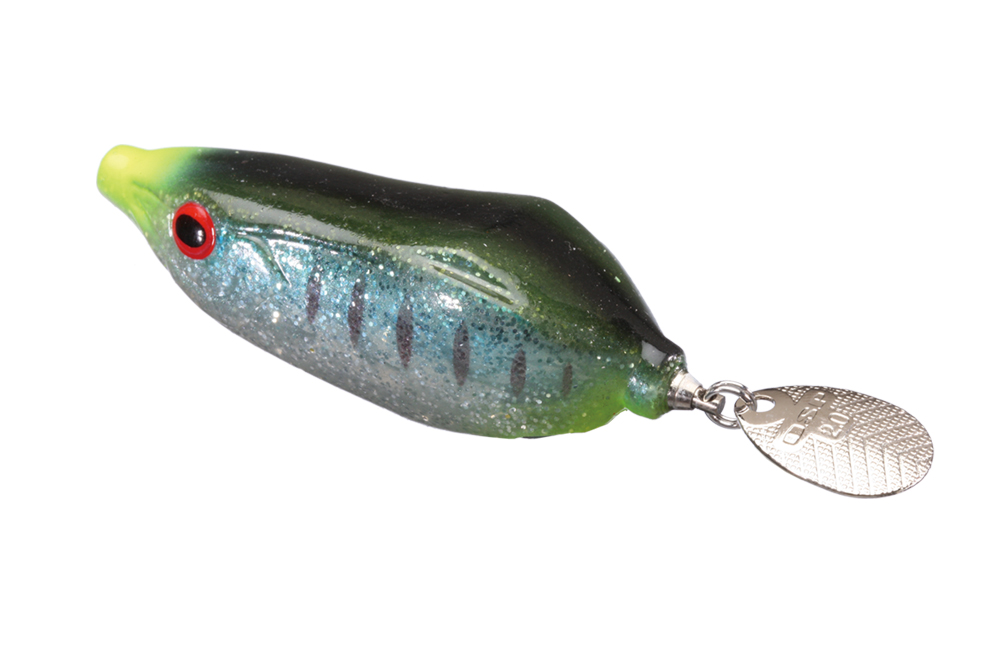 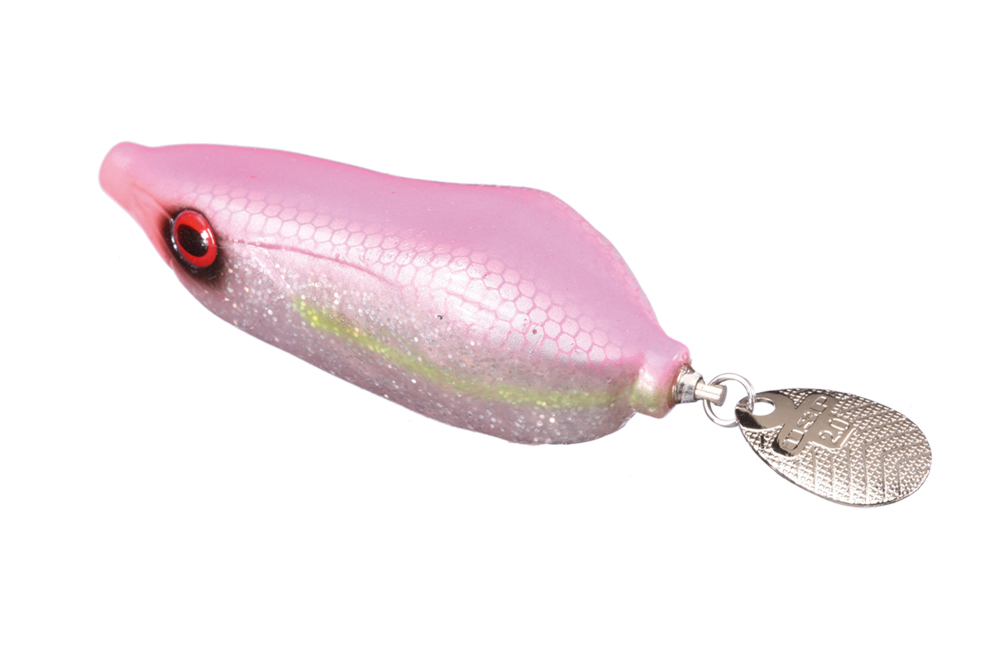 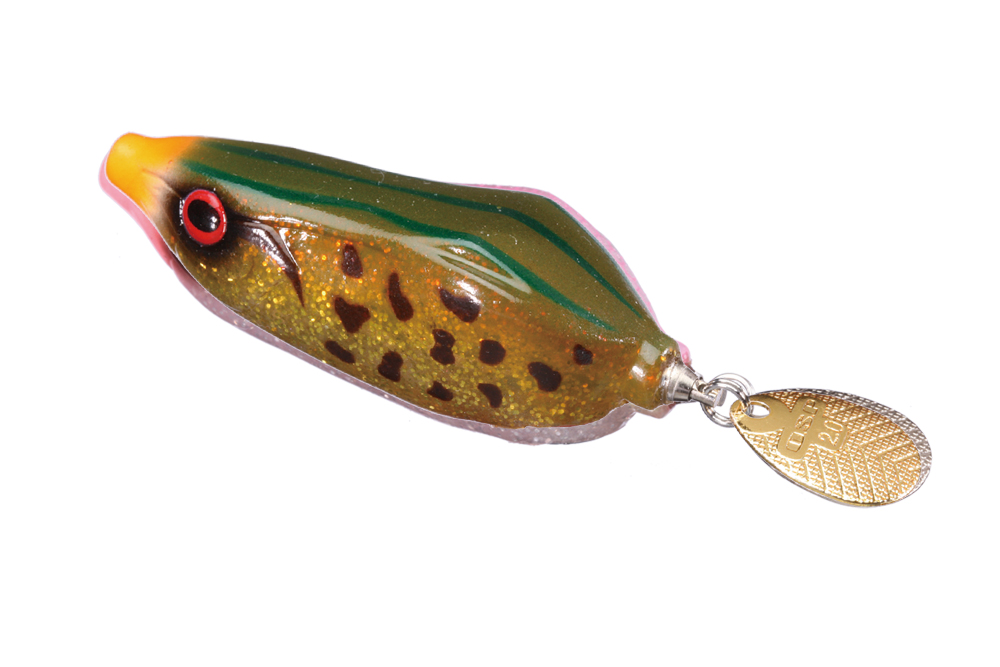 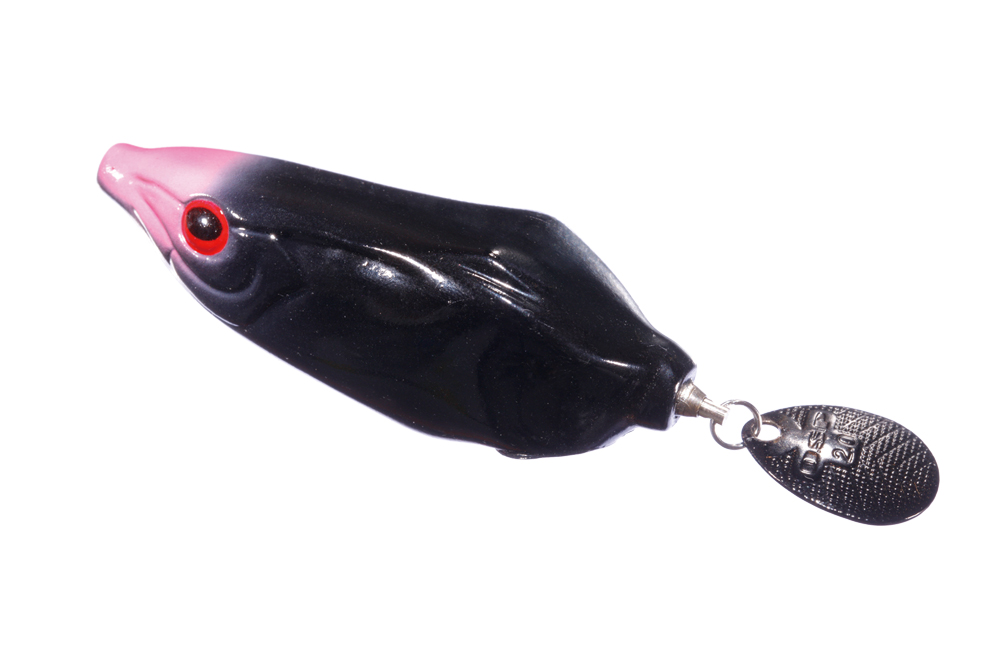 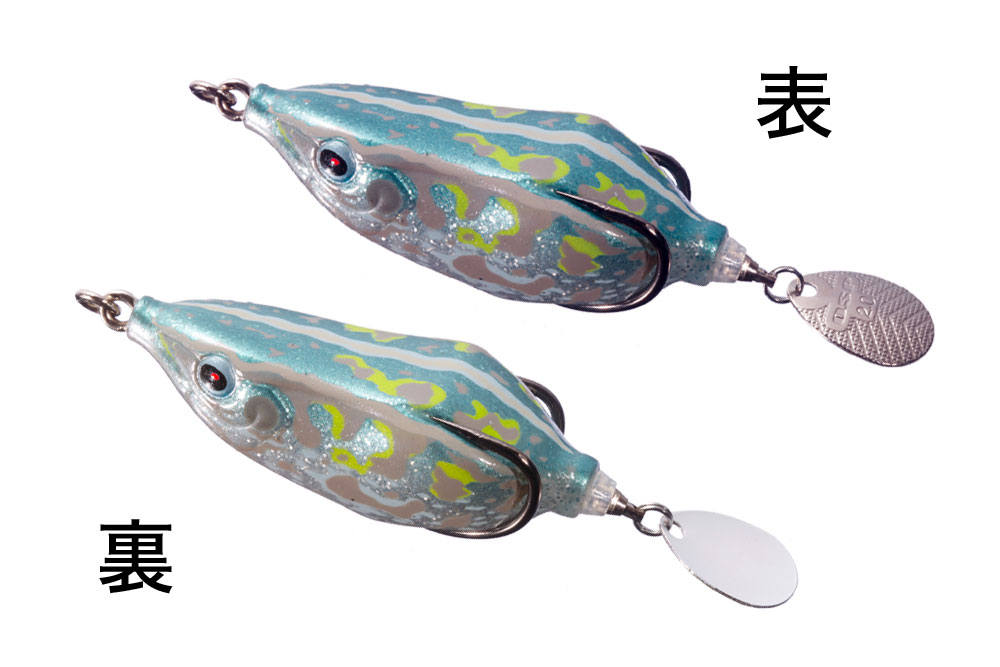 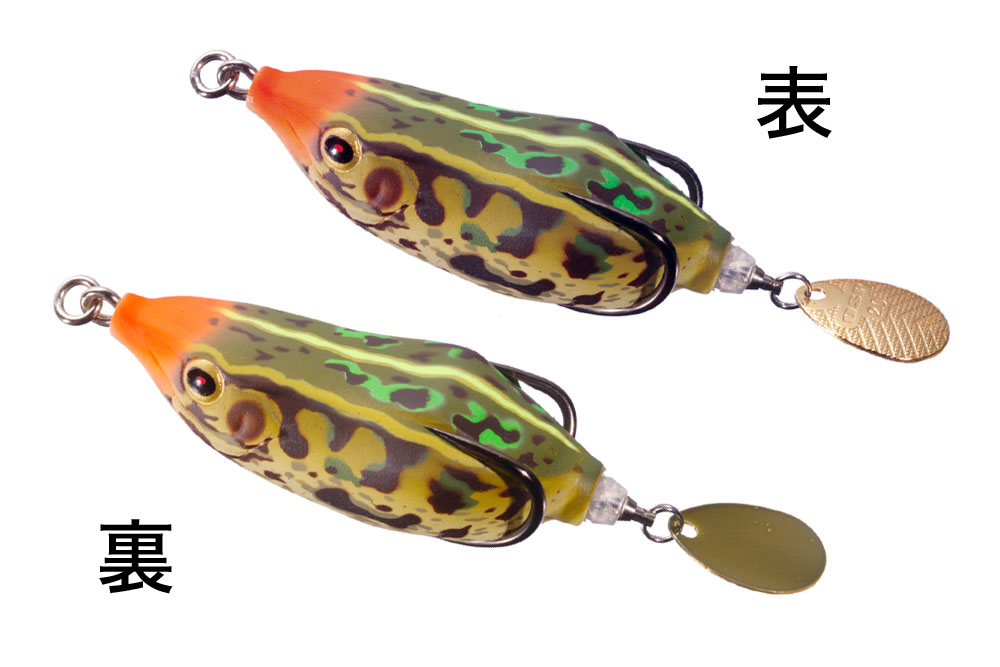 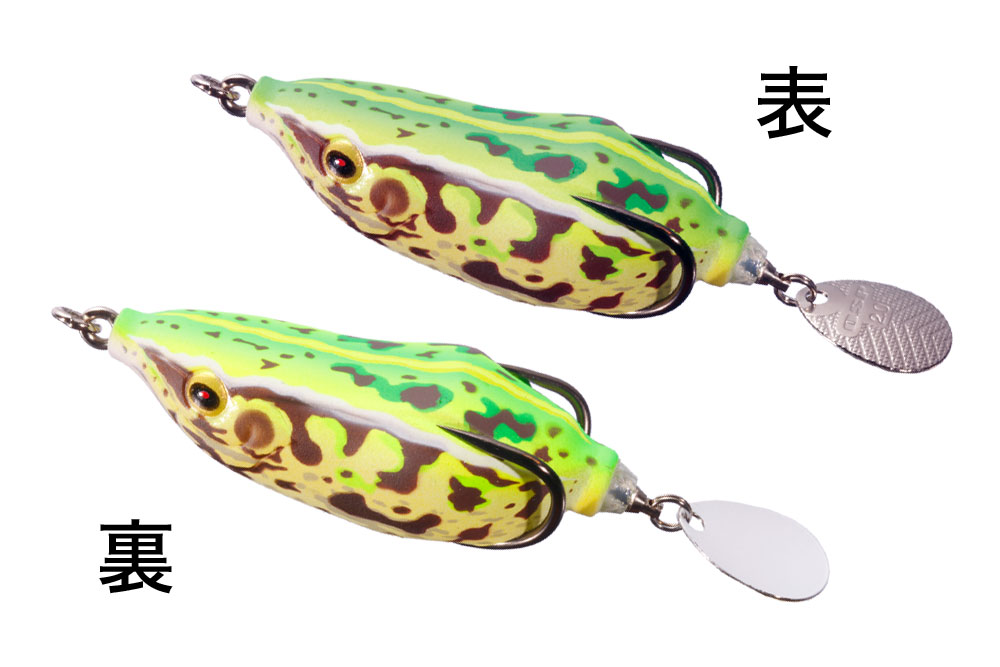 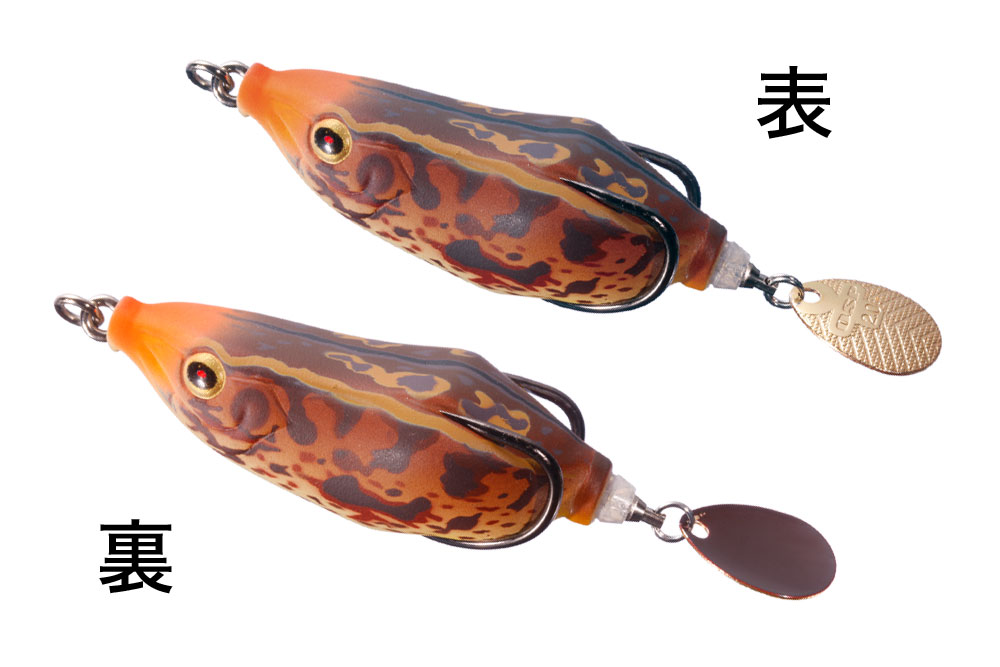 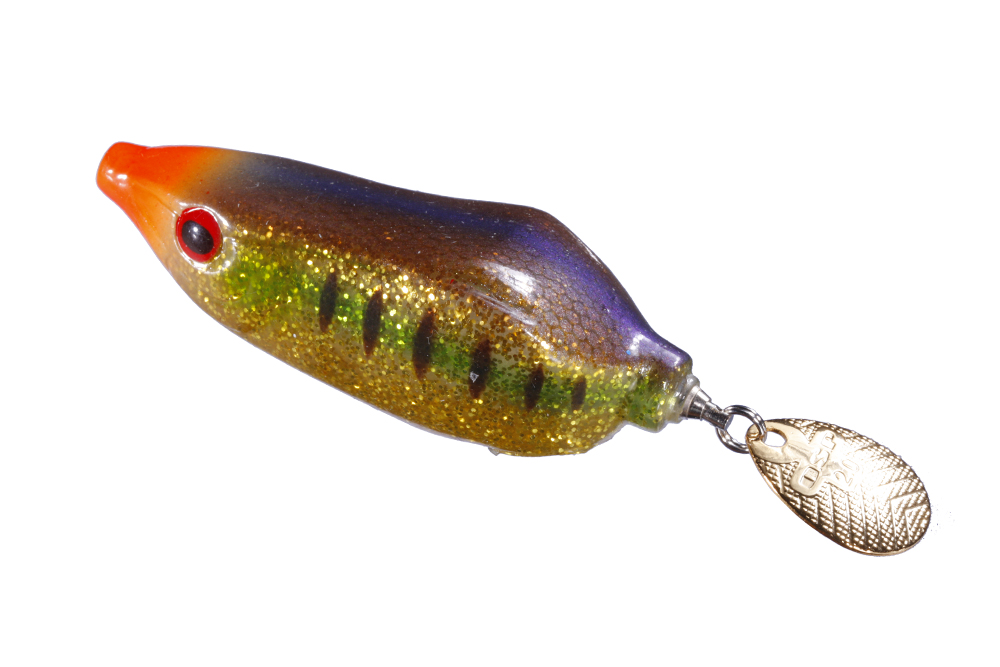 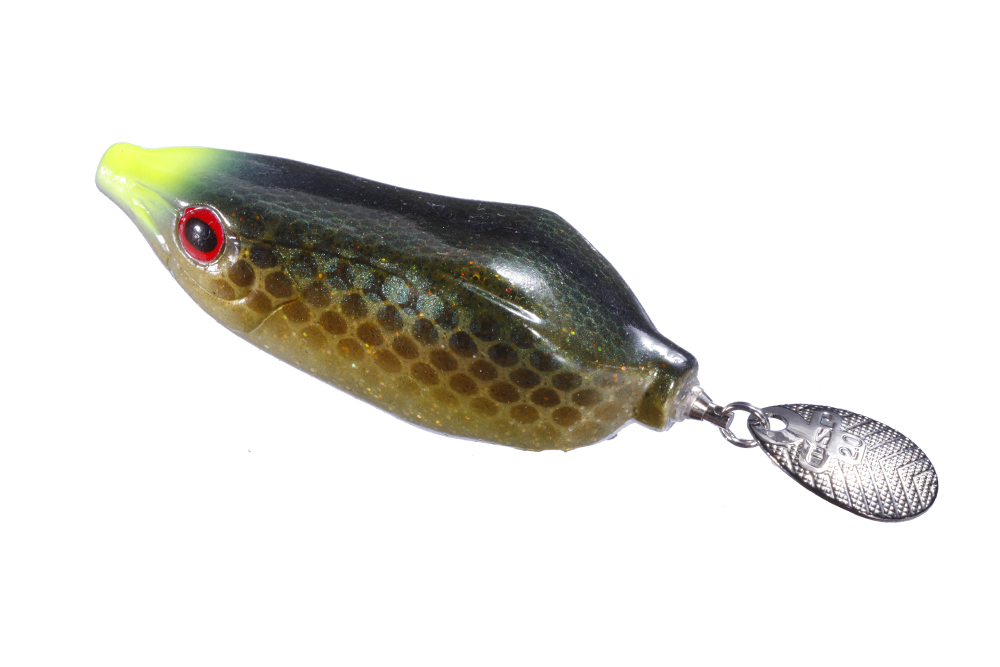 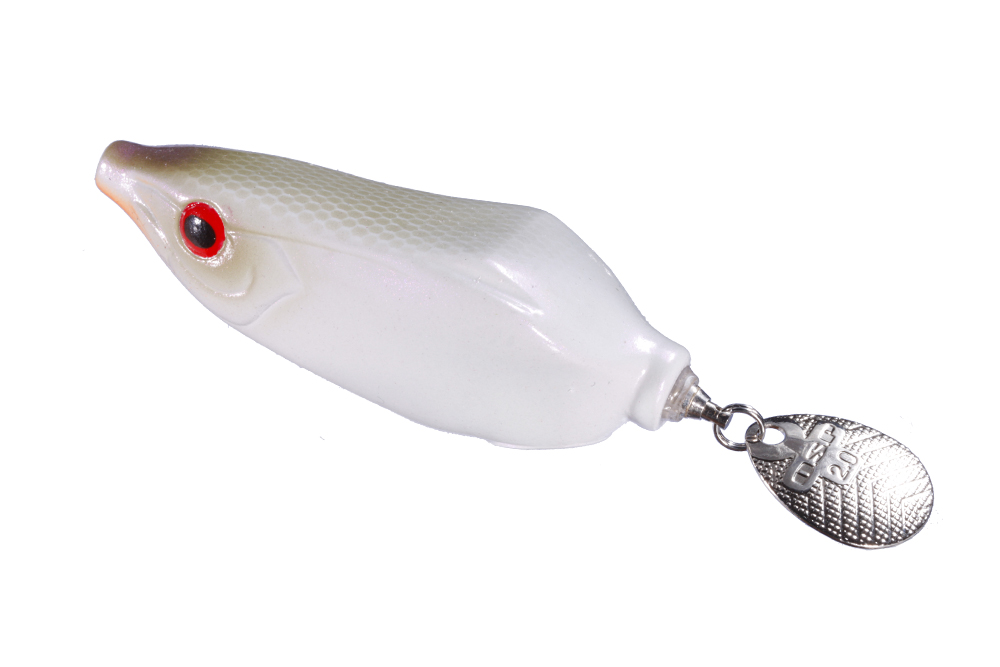 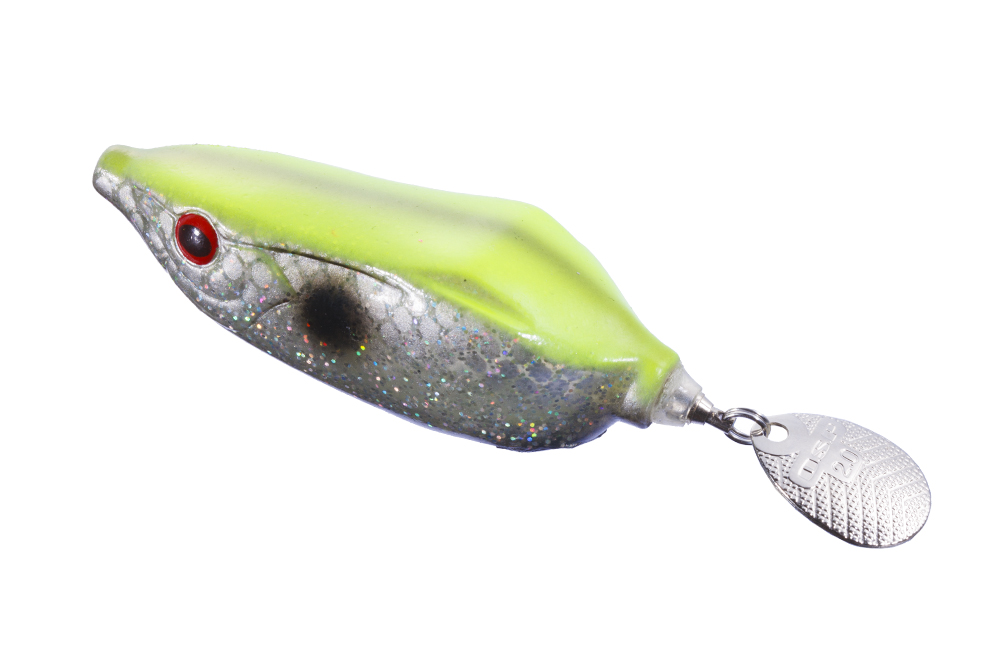 Chart Back Shad B74 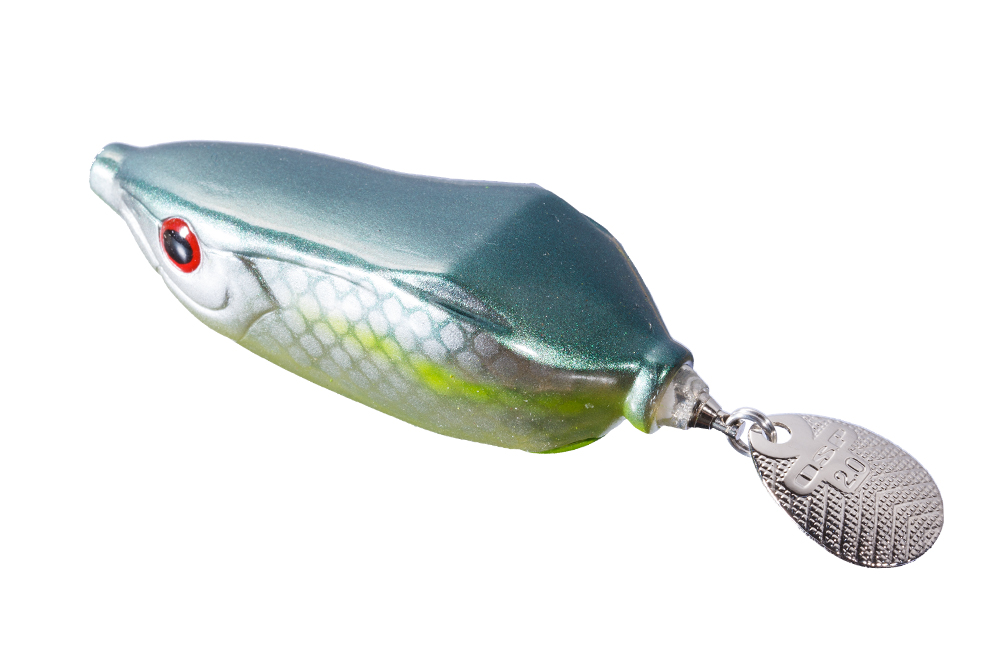 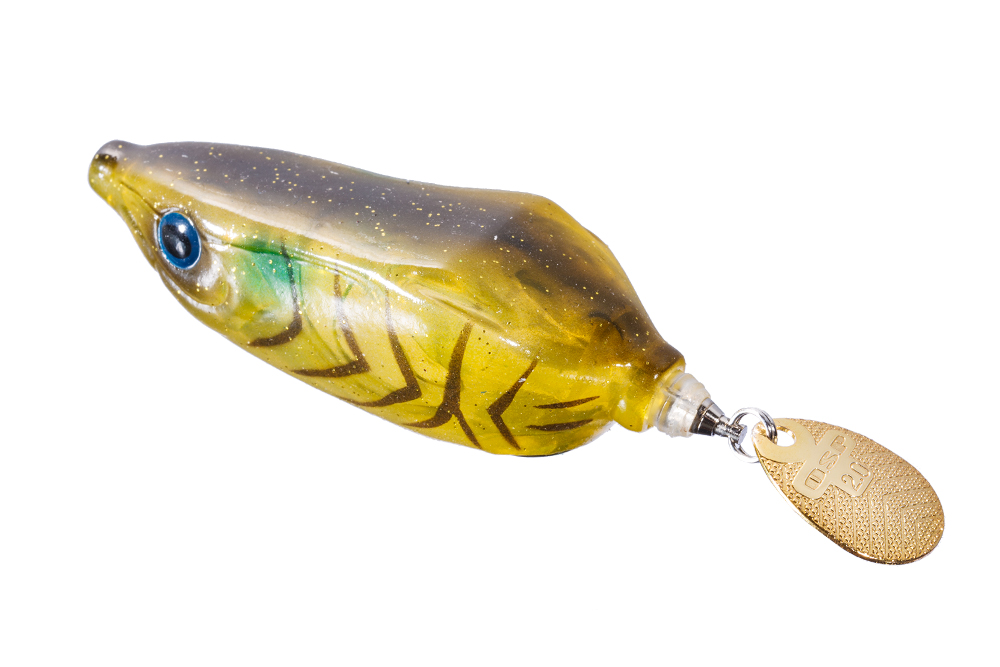 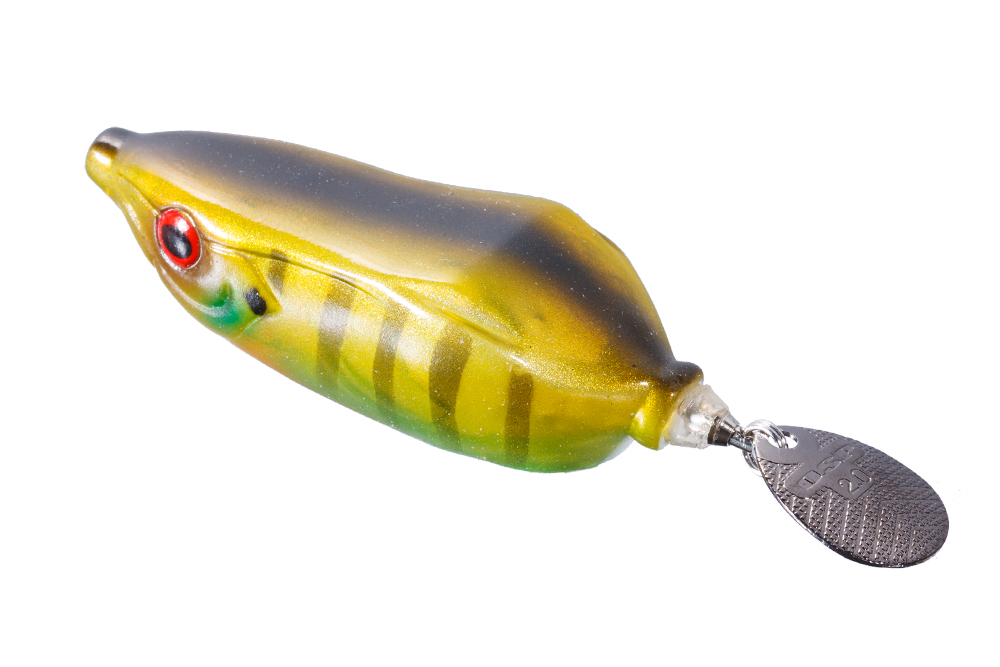