No other bait can generate such eager bite than The Do-Live SS-Gill This bait creates a whole new world.

The Do-Live SS-Gill is a bluegill-like bait that has ultimate ability for searching bass and eliciting bite aiming at the bass called “gill eater” that eats bluegill mainly to catch more fish effectively and overwhelmingly. This has large spiral fall that displaces the water moderately slowly when it falls because of its slide performance. Also it generates unpredictable tricky action when it falls or when you lift & fall it at the bottom. That spiral fall performs bluegill’s alertless swimming and it appeals to bass widely by just 1 cast because it spirals largely. It has almost real water displacement and high pitch action of tail. That is why The Do-Live SS-Gill generates eager bite. The Do-Live SS-Gill not only sought for easy use and hooking ability but stuffed real fishing ability with shape design and material to realize overwhelming slide width when it falls. The Do-Live SS-Gill will definitely be a new weapon because it has a whole new world of eager bite. A lot of bite have been proven at fishing fields that shows bass bites it and try to swallow it.


If you insert 3.5g nail weight in the head and put hook from tail which is so-called swim-backward setting, it realizes amazing wide backward swiming. Rolling swivel is recommended because the bait rotates when it is retreived. Rolling swivel should be attached at the 20～40cm from the hook.


If you let it fall freely with 3.5g Texas rig, it spiral falls drawing a large ark. If you keep line tension, it falls like S shape without spiral. If you use Texas rig with weight stopper tight to move only a little, it draws larger arc. Normally spiral fall causes line twist, but large spiral fall does not cause twist too much compared to fine cone-like spiral


If you lift it up at the bottom just lightly, it rotates like giant swing and then touch the bottom. If you let it hang on a branch and lift and fall it, it also starts to rotate widely. It is almost like panicked bluegill. It never moves a lot from the spot, so it is possible to seduce bass at the one good grass spot by repeating that action many times. It is also possible to irritate bass and let the bass bite at sight fishing.


It is easy to keep hook point upward when you give action, so it reduces stress like hanging because the hook point seldom faces downward when it contact with bush or grass.


As if the tail of bluegill, it catches the slight change in the water current, it flaps with high pitch and flutters even if you retrieve slowly, it controls SS (spiral & slide) performance. 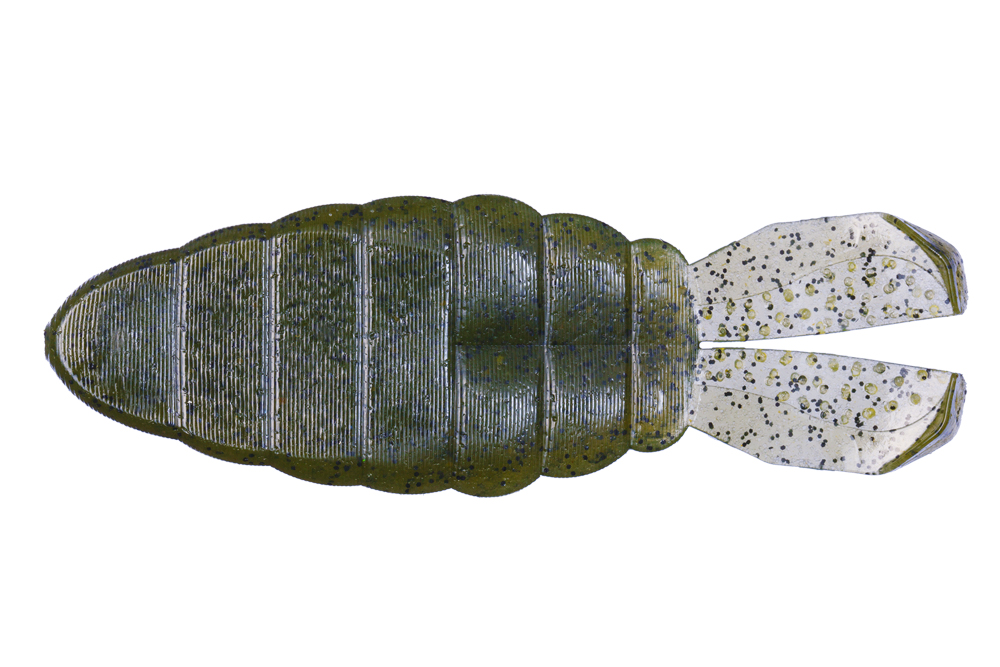 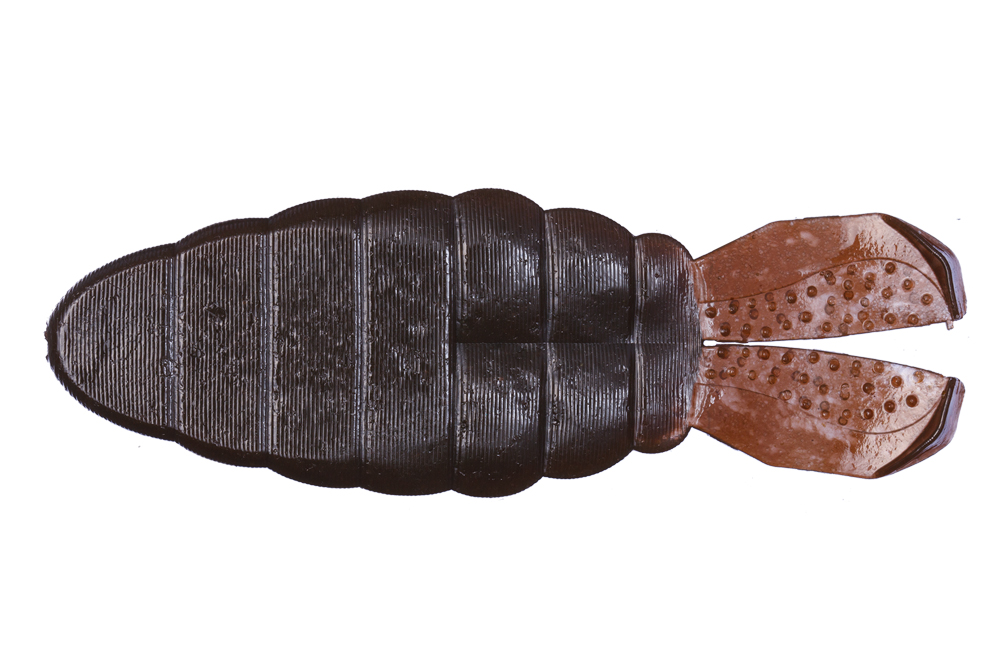 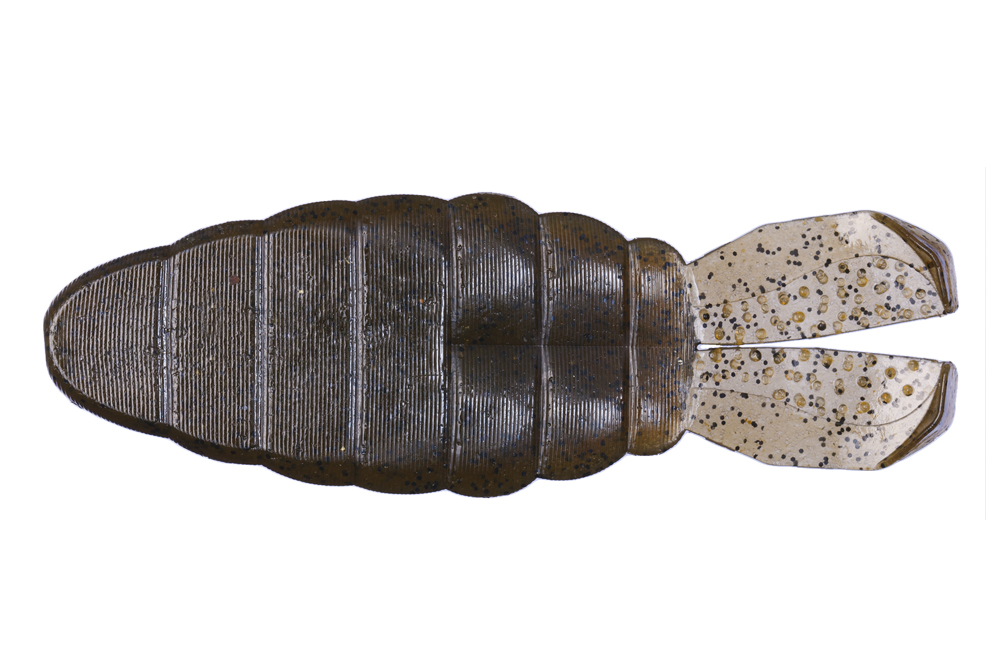 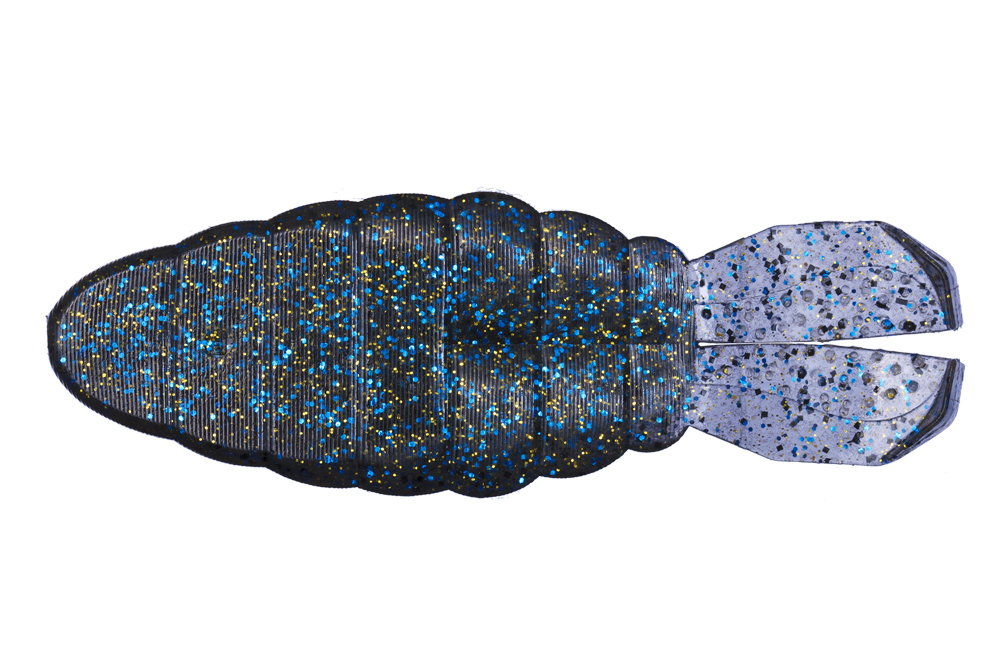 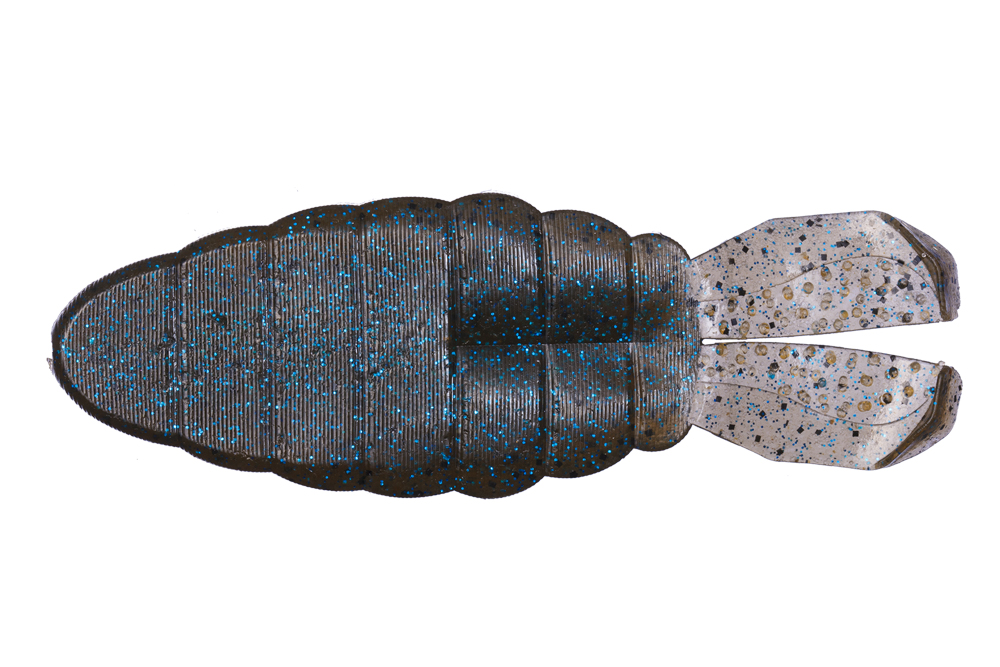 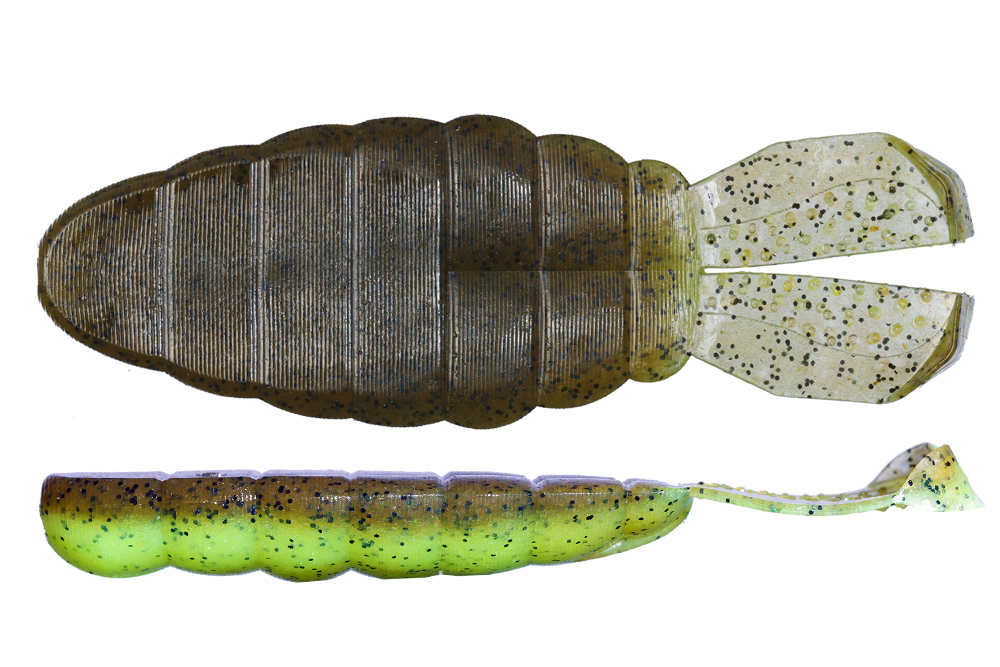 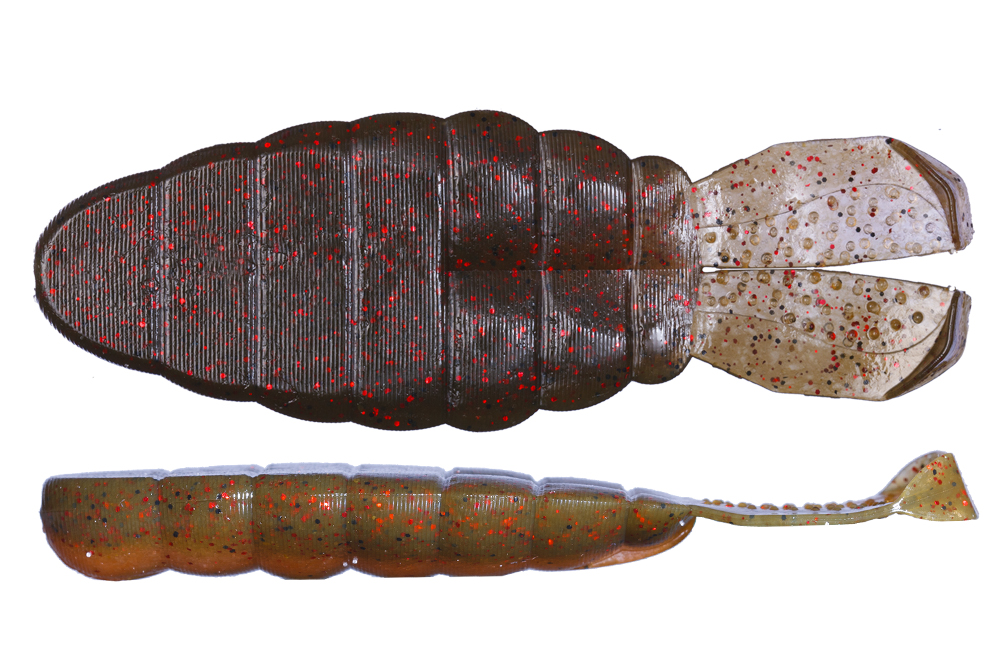 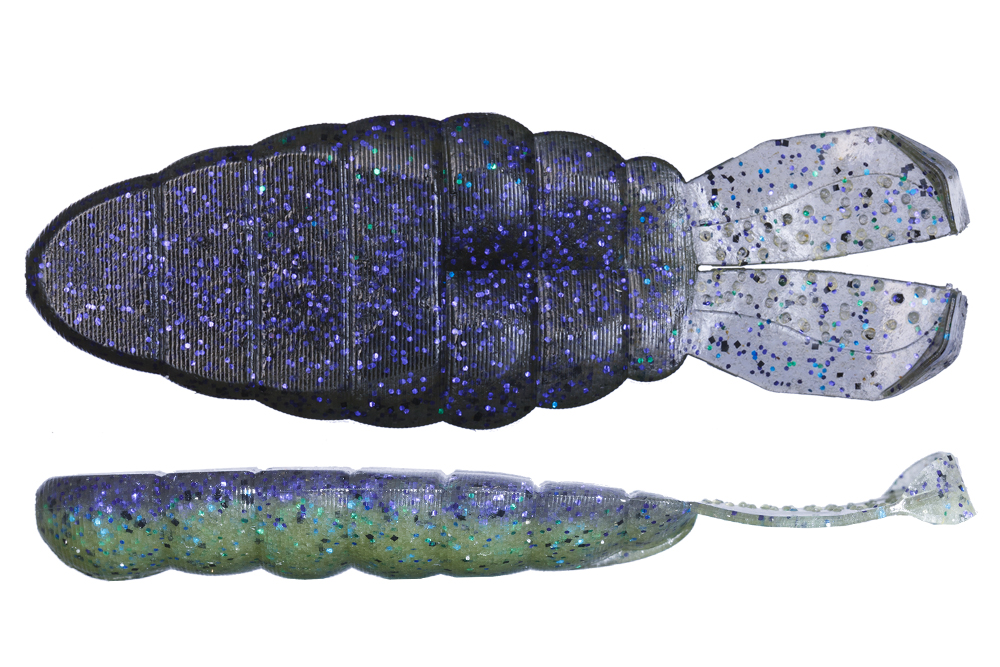 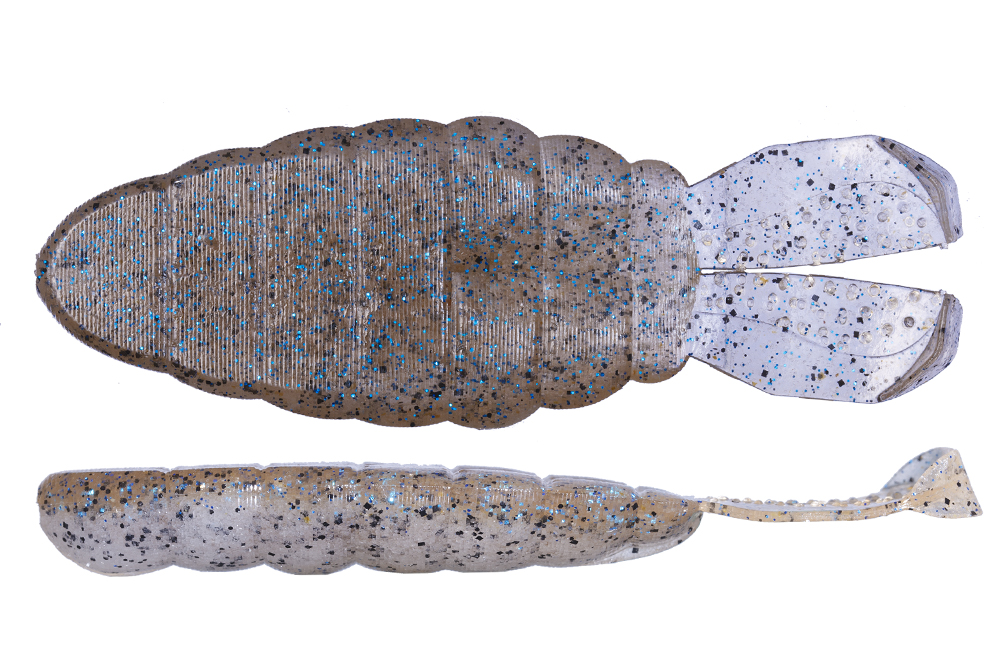 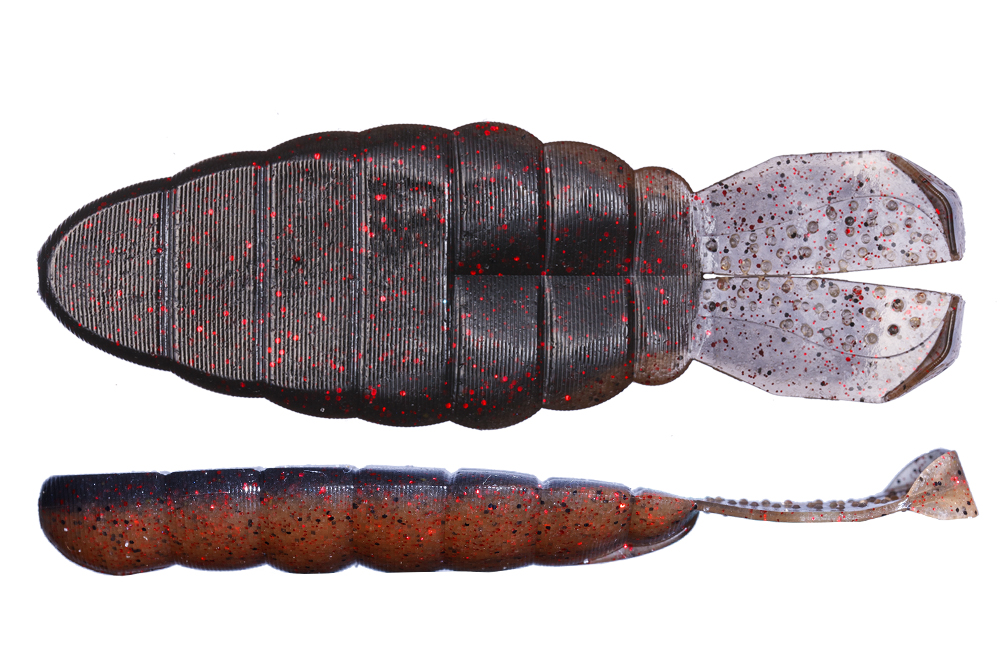 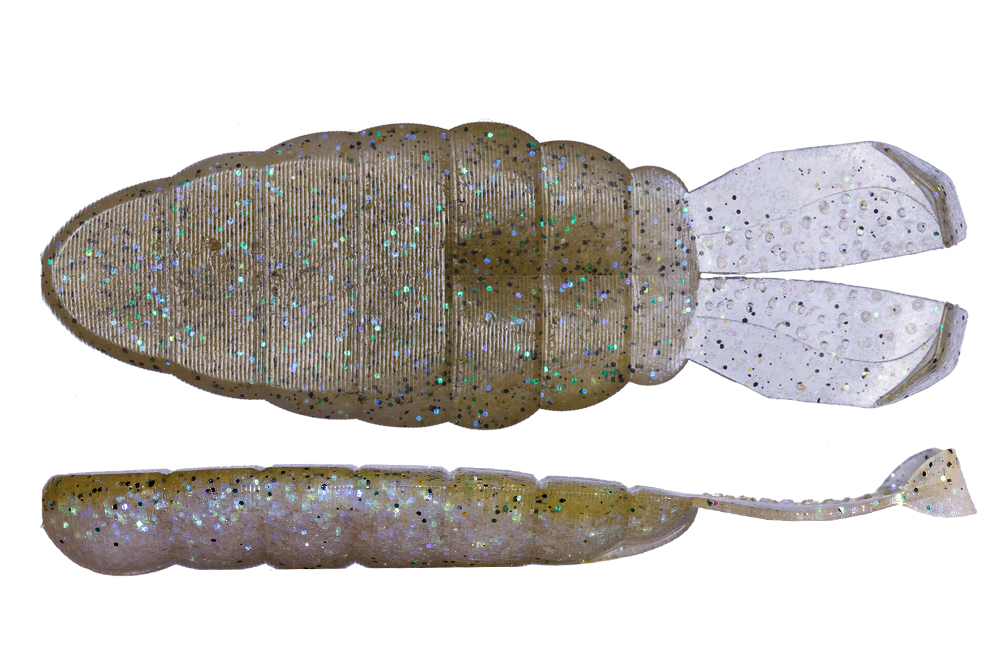 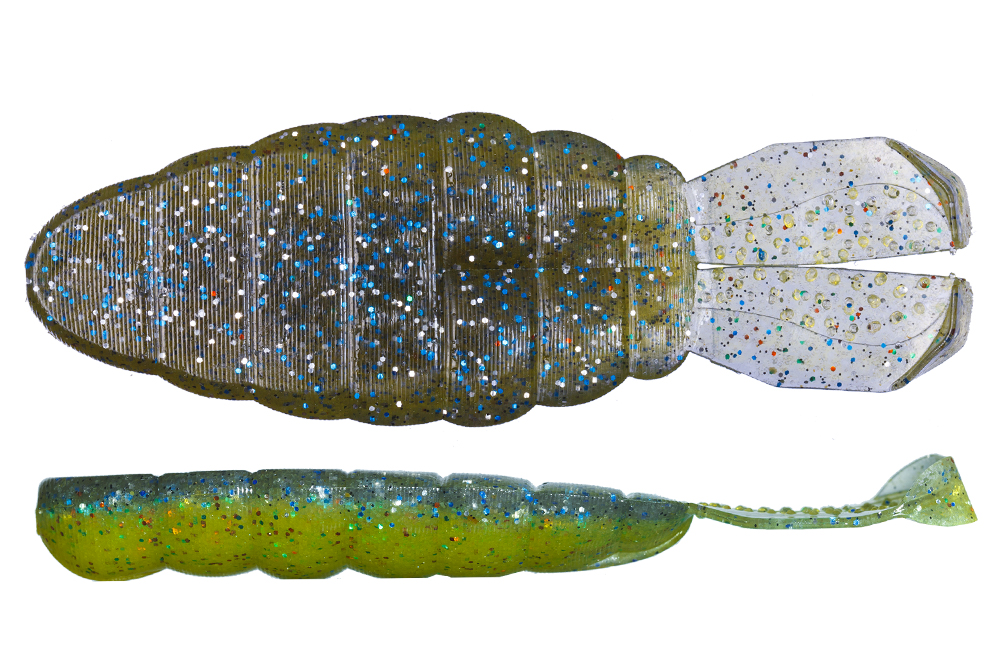 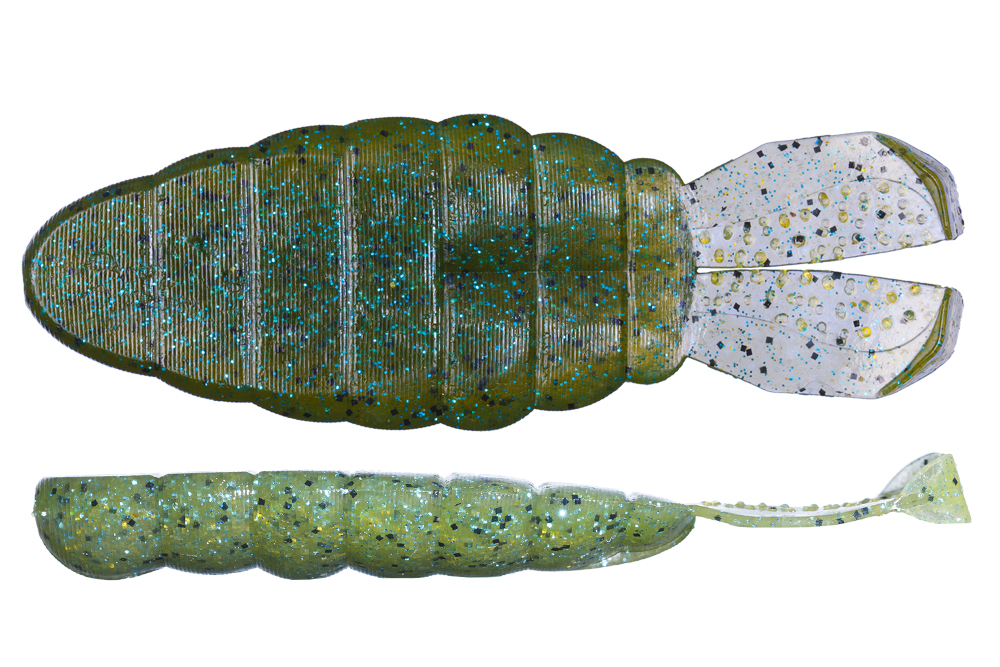 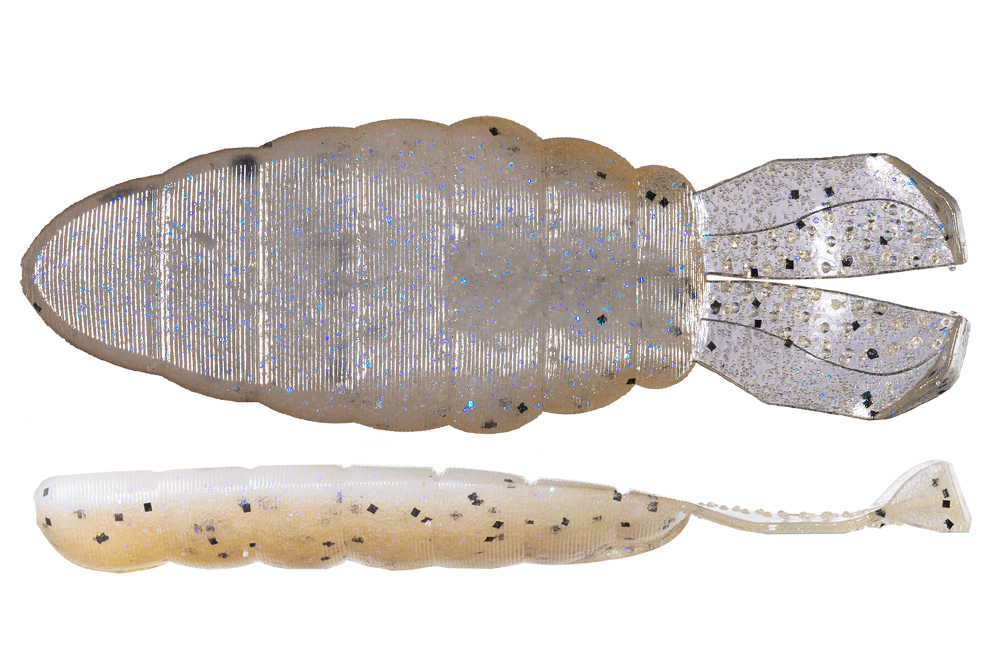