David Dudley got the 7th prize at the FLW Super Tournament held on from 11th to 14th of Aug at Lake Erie in Ohio. His main bait was BLITZ MR (Vanilla chartreuse) and BLITZ MAX DR (Tasty shad). Here is a report from Mr. Hiroyuki Watanabe aka Nabesan who is a good friend of Dudley. 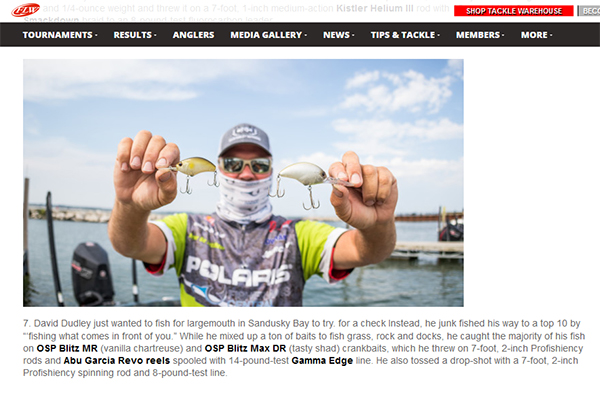 Well I got a good news last week from U.S.A. I am Hiroyuki Watanabe “Nabesan”, already back in Japan. My fishing teacher David Dudley finished 7th at the FLW Super Tournament held on from 11th to 14th of Aug at Lake Erie in Ohio. Mostly he used O.S.P Blitz series. I helped him preparing for the tournament at his house. 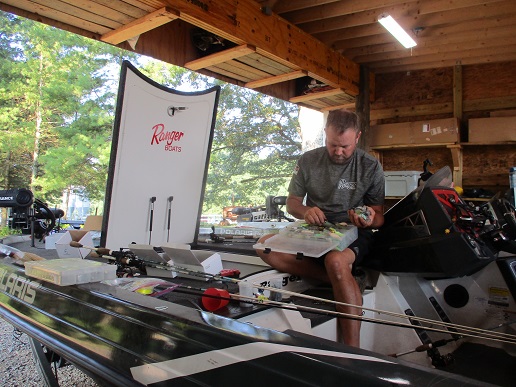 I prepared a lot of O.S.P baits that I have been using for a long time, and sent him out to the northern match. 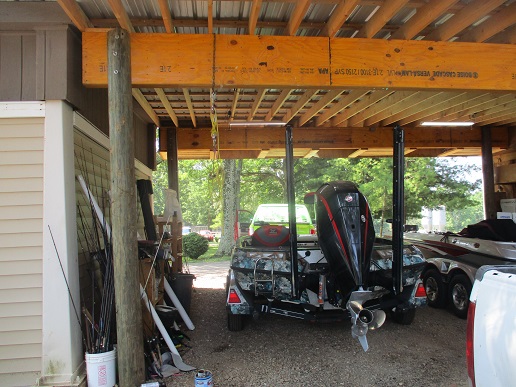 Dudley and I have checked this lake in 2017 with his eldest son Mason. I wrote about that in my weblog and we knew that the lake is always rough.

And we caught some good largemouth bass. 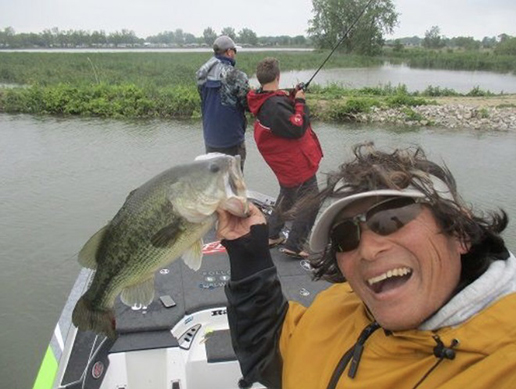 Also we understood how to fish small mouth bass. 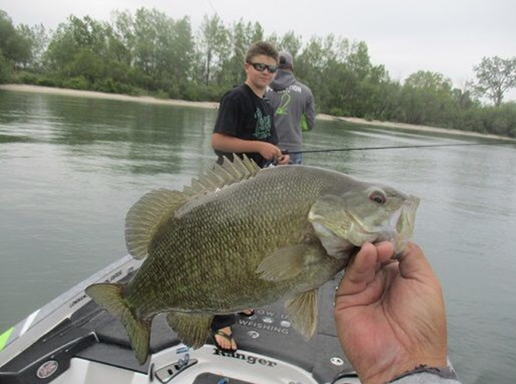 Not to mention, these fish were caught with O.S.P baits. And he made it at the ultimate tournament! This result showed the power of Blitz again!